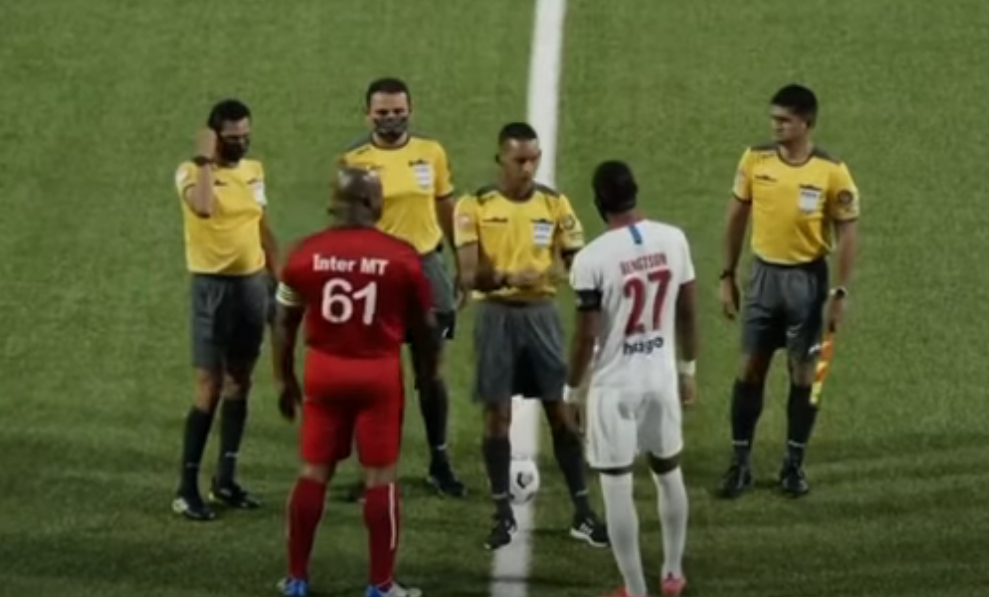 Ronnie Brunswijk, the Vice President of Suriname, made sporting history this Tuesday after becoming the oldest player to play in an international club competition during an appearance for Surinamese club Inter Moengotapoe.

The club plays in Suriname’s top football flight and is owned by Brunswijk.

The 60-year-old started as a central midfielder and captained his team as he played 54 minutes against Honduran outfit CD Olimpia.

He wore the number 61, a tribute to his birth year, and played 29 minutes alongside his son, Damian, who started in attack.

Brunswijk, who is six months older than the CONCACAF tournament itself, surpasses Japanese forward Kazuyoshi Miura, who is still playing for Yokohama FC at 54-years-old.

The Honduran media criticised Brunswijk’s decision to play and described his appearance as disrespectful.

Ironically, photos emerged of Brunswijk handing out cash to both players and staff when he greeted them in the locker room.

A New York Times article by Anatoly Kurmanaev describes Brunswijk as ‘an elite paratrooper, a soccer player, a wanted bank robber, a guerrilla leader, a gold baron and a father to at least 50 children during his lifetime’.

His intriguing life in Suriname seems to put his recent football controversy into perspective.

Inter Moengotapoe lost 6-0 to Olimpia in the round of 16 of the CONCACAF League, CONCACAF’s second-tier competition for clubs from the Caribbean and North and Central America.

CONCACAF is one of FIFA’s six continental governing bodies for football.

The two clubs will meet again on Tuesday in Tegucigalpa, Honduras, but Brunswijk’s international legal situation will prevent him from travelling to play in the return match.

Marko Arnautovic could be in trouble for alleged racist remarks