After Swansea’s impressive second season in the premier league, there’s only one piece missing from the jigsaw. A striker. The Swans are keen to sign an out and out forward so that player of the season Michu can revert back to his favored midfield role, and the press has been quick  to link several forwards to the club.

It couldn’t have got much better for Swansea City in their centenary season. Ten years after almost falling out of the football league, the Swans found themselves on the verge of a Premier League top ten finish. With the Capital One Cup sitting in their trophy cabinet, they find themselves with the tantalizing prospect of European football next season. The acquisition of Michu, the bargain of the season, was a masterstroke by manager Michael Laudrup – an impressive eighteen goal season was in store for the big number nine. What’s even more impressive about Swansea’s achievements is that they did it with the absence of a true out and out striker. Michu was used as a makeshift forward, converted from his favored attacking midfield role. Striker Itay Shechter had a dire campaign in front in goal, managing just one goal in eighteen appearances during his loan spell from German club Kaiserslautern. Luke Moore couldn’t manage much better, totaling four goals in eighteen appearances. These figures will undoubtedly leave Laudrup striving to sign a top striker during the summer, and the media has already been busy touting countless numbers of forwards for a potential move to South Wales. Here is a run-down of the media’s most mentioned targets.

Linked heavily with a switch to the Liberty Stadium in January, the transfer never materialised. The six foot two inch Trinidadian striker has been anything but prolific for Stoke City, scoring only twenty three goals in one hundred and seven appearances – that’s an average of a goal nearly every five games. If Laudrup is looking for a striker who can get guaranteed goals, Jones is probably not the one for Swansea. 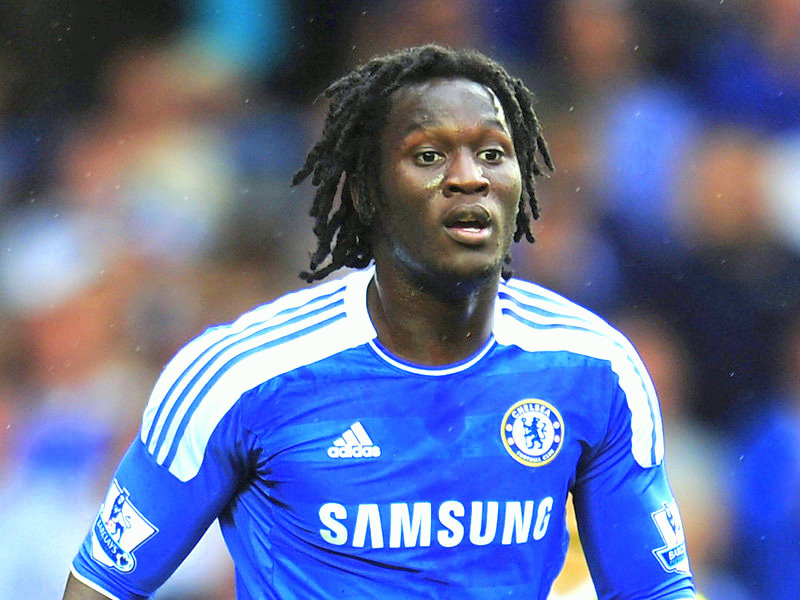 Rumors have been circulating of a loan swoop for the Chelsea striker for some time, although these are likely to be no more than wishful utterances from Swansea fans. The big Belgian has been linked with moves to top clubs such as Borussia Dortmund, and with new Chelsea manager Jose Mourinho arriving, he could be given a chance in the Chelsea first team. If Laudrup could secure a loan deal for the striker however, it could prove to be a wise move – Lukaku managed seventeen goals for high-flying West Bromwich Albion last season. Although a move to Swansea looks unlikely, if something did materialise, things would be looking very bright for Swansea next season.

The lightning quick Gabonese striker has been given permission to leave current club Saint-Étienne, which means the press has been linking him with nearly every club in Europe.  Newcastle, Spurs and Anzhi Makhachkala have all been touted as potential suitors, but  Aubameyang’s style of play means he’d fit into the Swansea system perfectly. His twenty goals last season proves that he’s a top class striker, so if Laudrup can convince Aubameyang to turn down the big money offers and move to Swansea, he could be a very wise signing indeed.

Arouna Koné has proven he can score goals, managing a respectable eleven goals for a struggling Wigan team last season. The unmistakable forward from Ivory Coast combines his pace and finishing abilities to make him a good all-round player. Available on the cheap after Wigan’s relegation, Laudrup could be after another bargain, although questions have to be asked whether or not Koné is of high enough quality for a top ten club like Swansea. Swansea fans argue that Laudrup could be taking a big risk if he were to purchase Arouna Koné.

Forty five goals in one hundred and thirty six games for Spanish side Celta de Vigo indicates that Aspas would be a solid signing for any team, and, Laudrup is rumored to be interested in his services along with other clubs such as Chelsea and Liverpool. Celta are holding on for a high price tag on Aspas though, and whether Swansea chairman Huw Jenkins is willing to splash the cash on a proven goal-scorer remains to be seen.