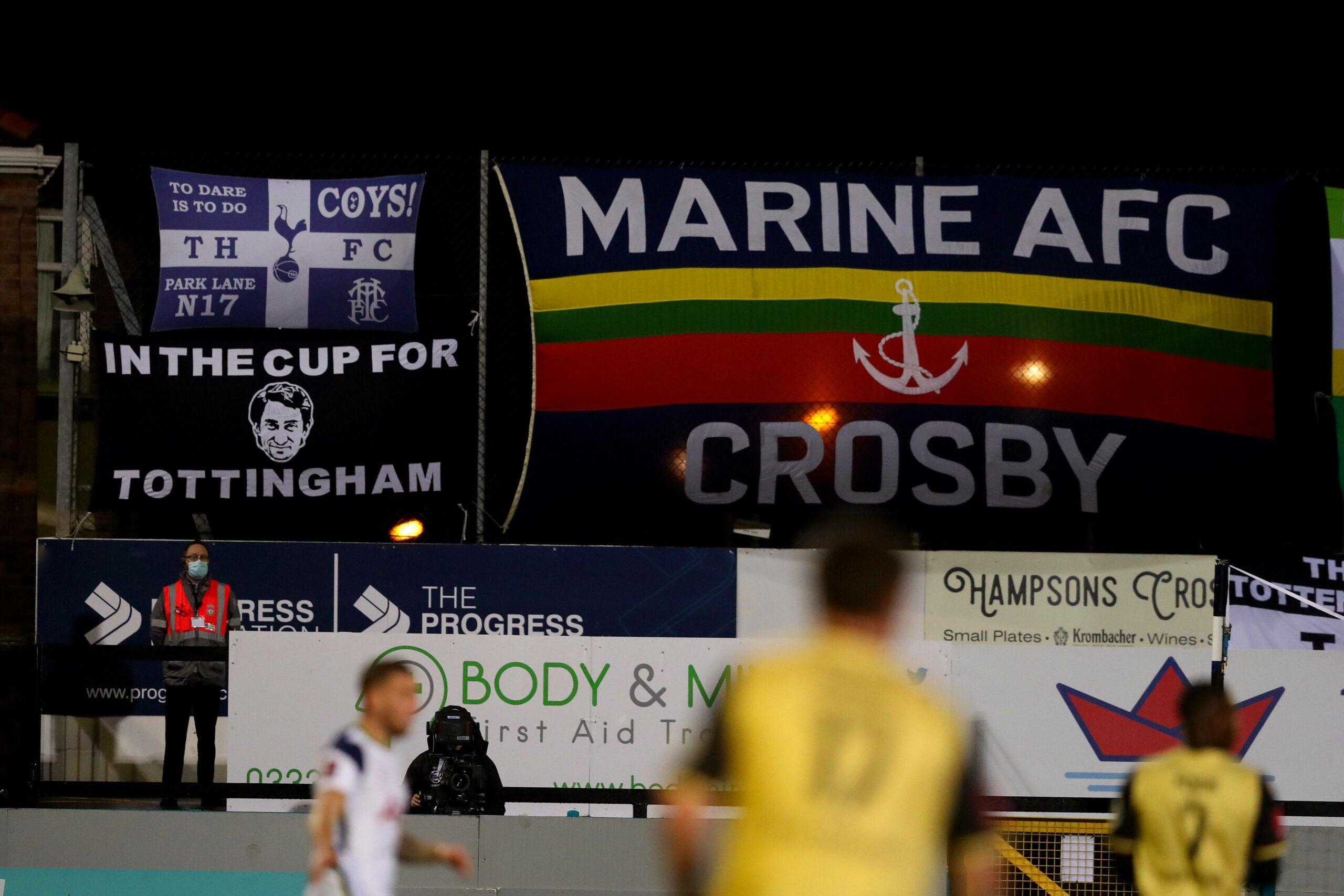 Much has been made of late surrounding the greed that’s now living and breeding within football, particularly since the introduction of a possible European Super League a few weeks ago.

But dotted around the country are clubs filled with players, managers and fans that are simply passionate about football.

Most of them aren’t in it for the money – they enjoy being involved in the ‘beautiful game’ in its rawest format and play for the badge on the front of their shirt.

Of course, these are clichés, but they’re true. Football outside of the top four divisions in England does exist, and it’s given the umbrella name of ‘non-league’. Here’s an insight into what supporting one of those clubs is like.

What does it entail?

This really depends on each individual person and the club in question as to the level of support they will give their non-league club.

For the most part, people will have an affiliation to a Football League or Premier League club but also show their support to a team lower down the pyramid.

These people may never go to their ‘first’ team’s games for various reasons, perhaps pricing, but will watch their non-league side’s fixtures live each week.

Alternatively, they may choose to have the best of both worlds and attend fixtures of each club if they’re fortunate enough to do so.

Where it normally differs though is in the National League system, which consists of one nationwide league and two subsequent ‘North’ and ‘South’ divisions. In the National League, promotion to the Football League can be earned, and most sides in there have ‘full-time’ fanbases.

Generally, this is for one of two reasons. Either the club has previously been in the Football League and fans have stuck around as it has fallen over the years – like Torquay United – or the club has carried fans over having been reformed when a previous club is entered into administration.

A good example of this is FC Halifax Town, whose fans carried over into the new club when the old one dissolved in 2008.

As for the North and South equivalents, this is entirely dependent on each club individually but as a generalisation, most clubs do have ‘part-time’ fanbases where supporters will take the non-league club on as a second team and have a more favoured team in the Football League or Premier League.

Into the Northern Premier League and below, there are few clubs with full-time fans.

Why is supporting a non-league club different to one in the 92?

Although you’re still watching 11 people kick a ball around in the hope of seeing them score more goals than an opposition side, the difference comes with the overall connections you are able to make at a club.

Most clubs – excluding in the National League and some of the teams in the North and South divisions – have a real ‘family’ feel to them when you walk through the gates.

Many club officials, players and other fans are willing to have a conversation with you be it about the game that’s being played, football in general or something of a wider context.

Added to this, the pricing structure across the board is much less than the vast majority of clubs in the 92. Without having the complete statistics to hand, there aren’t many season tickets, single-game tickets, food and drink prices more expensive at a non-league club in comparison to a Football League club.

Of course, there is the argument when discussing ticket prices that you won’t be seeing ‘top quality’ players and entertainment compared to a 92 club, and that’s true.

However, non-league players will give everything that they’ve got in games because it means so much to them. A lot of players will be playing for their local side and will want it to do well whether they’re there or not.

Taking tickets away though, there’s little difference in what you’re going to get served up at a game. Programmes, food and drinks are all much of a muchness, so why should you have to pay an extortionate amount for them? You shouldn’t and won’t at most non-league grounds.

Should you support a non-league club?

Yes, football fans should go and give non-league a try at the very least. Lower league sides desperately need the money, even more so because of COVID-19.

Most haven’t been able to play many games at all since the start of the pandemic and their sole source of income – matchdays – has in turn disappeared.

They need people to go through the gates and want to show individuals a good time when they can play hosts again, which should be soon if all goes to plan with the government’s exit plans from the pandemic.

If you don’t like what you get then that’s fine, but at least you’ve tried, and you can do so for under £15 in most grounds outside of the National League system. Even less if you’re a student, or a concession.

Nothing beats live football, so go and taste it at your local club!

UK sport backs social media boycott, but not everyone reads the memo
What ‘keep politics out of football’ really means