Why Alex Scott is a bulletproof appointment for Football Focus 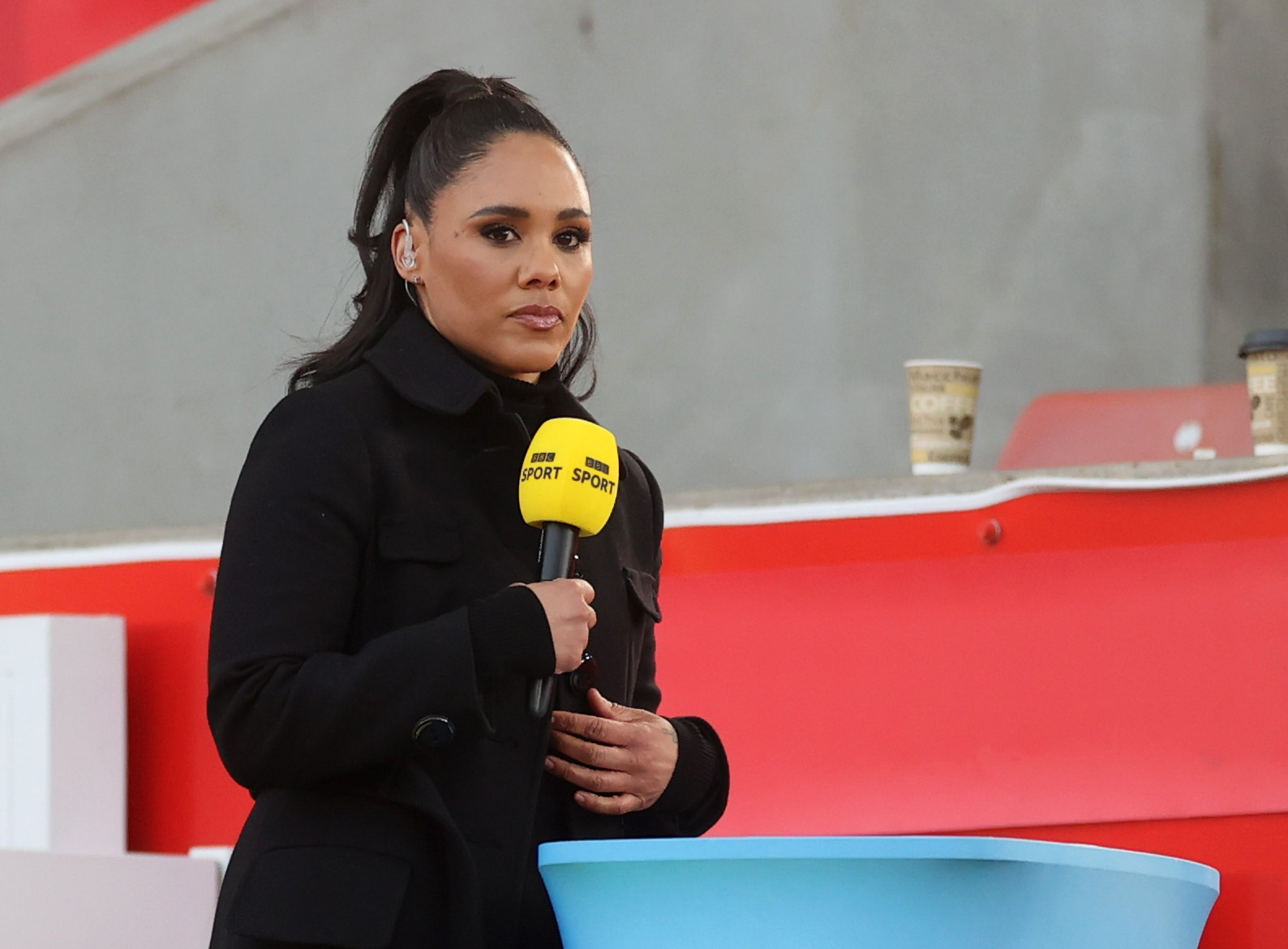 Although Alex Scott hasn’t been officially confirmed as the next host of BBC’s Football Focus, Gary Lineker has already hailed the appointment and the Telegraph say she’s ‘close’ to taking up the new role, so it should be a matter of when it’s confirmed and not if.

Not everyone is thrilled with the news, however, as Scott has many detractors who don’t believe she’s qualified for the role. The 36-year-old’s credentials are now being scrutinised by men who, let’s face it, believe her to be a diversity hire rather than a deserving pick because she’s a mixed-race woman replacing a white man.

These guys can’t see past Scott’s race and gender and ignore her experience in journalism, broadcasting, football and punditry. They don’t know a single thing about her career, but they do mental gymnastics trying to suggest their dislike of Scott isn’t down to her identity.

“Didn’t play at the highest level”

One strange criticism levelled at Scott is that she “didn’t play at the highest level” and apparently has no star power. Firstly, when was it a requirement of a Football Focus presenter that they had to be a world-class footballer? And how does that description not fit Scott?

The 36-year-old spent most of her playing career with Arsenal, winning six league titles, seven FA Cups, seven other domestic cups and one Champions League trophy. She’s also made 140 appearances for England, finishing second in the 2009 European Championships and third in the 2015 World Cup, so how didn’t she play at the highest level?

Dan Walker was the presenter of Football Focus for 12 years but never played football in a professional setting and therefore has no honours like Scott, so the haters’ double standards are showing.

Sky Sports’ Soccer Saturday is one of their most popular football shows and is presented by Jeff Stelling who’s never played professionally. But do they complain about his presenting of the programme? Of course not.

“How can a footballer present a TV show?”

When rational people explain why Scott’s success as a professional footballer destroys the suggestion that she wasn’t a top-level player, the haters then use her experience against her, suggesting she’s not fit to be a presenter because she kicked a ball around.

But not only is the 36-year-old a graduate from the PFA’s BA (Hons) in Professional Sports Writing and Broadcasting at Staffordshire University, she’s presented Soccer AM and had media roles with BBC Sport, Sky Sports and BT Sport, so she’s more than ready for the job.

People can excel in more than one industry in life and Scott has worked hard for nine years to make this happen, explaining on Final Score in 2018: “I wanted to make plans in advance, not be that athlete that got to the end and then worried ’what am I going to do next?’ I wanted to make my transition as smooth as possible.

“I think it helped that I found something that I enjoyed, so I could focus on what to do around it. I visited the PFA’s website and looked at some courses and found that they funded a Sports Journalism degree, so I got in contact with them straight away.

“I sat down with Arsenal to see how we could manage it, it turned out to be an ideal situation for me to sign up to the course and it fitted alongside me being a professional footballer for Arsenal.

“It’s been hard work, I didn’t just appear overnight… I started my degree in 2012 and finished when I was playing at the World Cup with England in 2015. Sometimes people just see the end game and not the process that happens in between.”

It’s funny that detractors say her being a footballer means she shouldn’t be considered for presenter roles when Gary Lineker has hosted Match of the Day since 1999 and was a former player himself.

The 60-year-old even hosted Grandstand which covered a wide range of sports in the country, but there wasn’t as much scrutiny over his knowledge as there is for Scott.

“Why are so many women working in men’s football?”

And this is where the mask slips, where they just come out and say how they really feel. They’re against the idea of women working in men’s football and need to work backwards to justify their bigotry.

But they haven’t done their research on the person they’re angry about, so all their arguments are in bad faith – telling a successful player they aren’t, telling an educated broadcaster they aren’t and telling an already-experienced presenter they aren’t. None of their criticisms stand up to scrutiny because Scott was made for this role and deserves it on merit.

This is doublespeak, aiming to reduce Scott to her race and gender while ignoring all her qualifications in the process. Women are underrepresented in football media, as are black and mixed-race people, so their appointments in the industry are always judged to be course correction by nay-sayers.

If the quota calls for a successful footballer with academia in broadcasting and experience in presenting, Scott is the perfect pick. She was working in media before she retired as a player, so she’s paid her dues and then some.

And to suggest she’s a diversity hire when she’s been groomed by the same broadcast company looking to promote her is ridiculous. Thankfully, she’s receiving widespread support on social media by rational people.

Regardless of what haters say about Scott’s appointment, the BBC could not have picked a better presenter to head Football Focus. She’s played at the top level in football and has plenty of presenting and media experience from various roles for various broadcasters, so she’s a bulletproof appointment.

Bouncing back to the Premier League: Why Norwich City’s imminent promotion is more impressive than meets the eye
European Super League: Dirty dozen should be ashamed of themselves – ESL is a sham