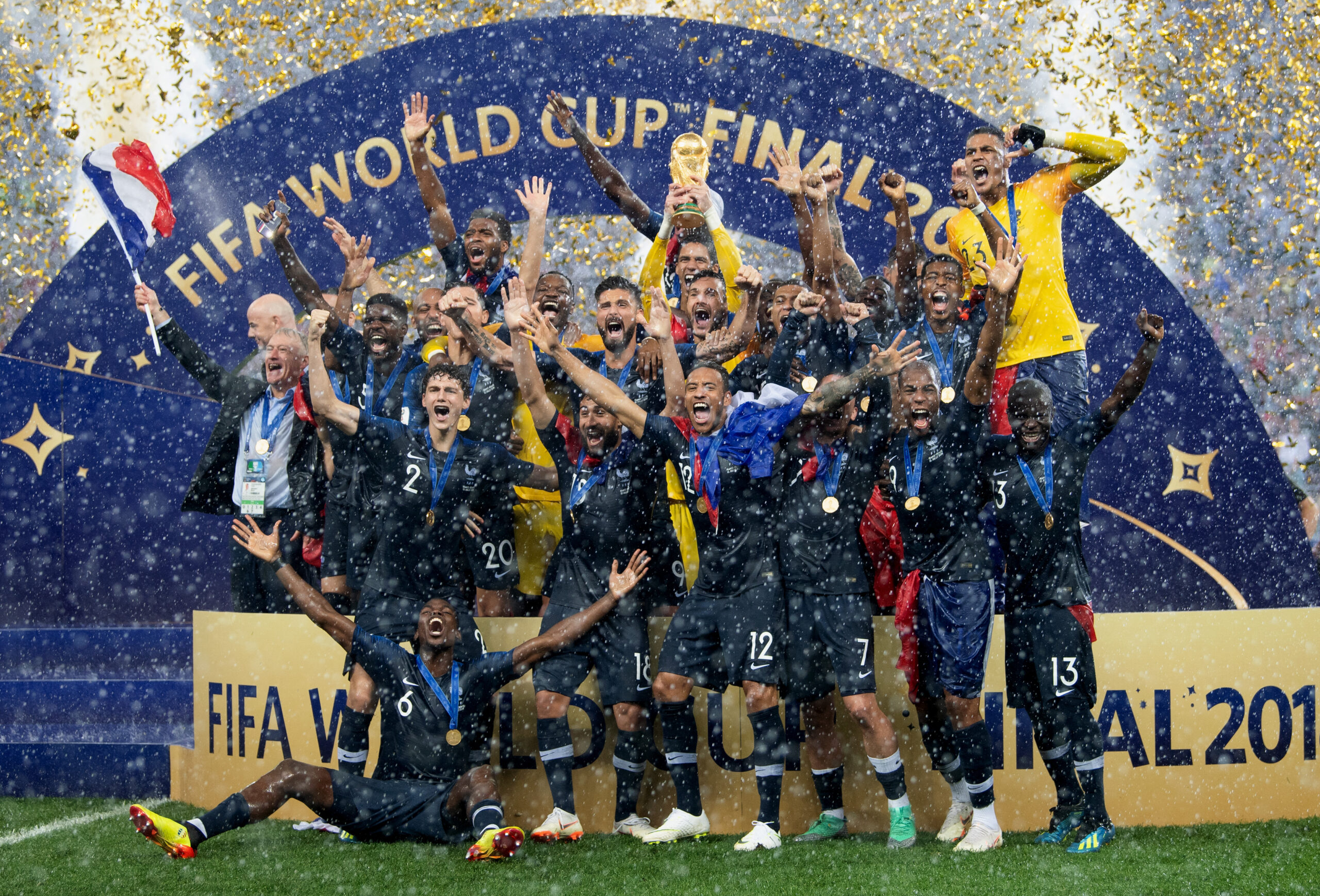 The World Cup title is arguably the most coveted piece of silverware every football player dreams of, although only the chosen ones have been lucky enough to win it.

As we approach the 2022 World Cup in Qatar, the identities of the tournament participants are becoming more clear.

If you are considering some of the World Cup betting offers available at bookmakers, it pays to look at the form teams right now and which of them look the best bets. Let’s have a look at the five potential candidates to win the prize.

Despite having ups and downs since returning from Russia, Les Blues boast the best talent on offer, as evidenced by their recent Nations League triumph.

With world-class players throughout the squad, the reigning world champions have a realistic chance of becoming the first nation since Brazil in 1958 and 1962 to defend the World Cup crown.

A half-century of waiting for the coveted World Cup title could be coming to a close, as England’s steady improvement under Gareth Southgate makes them one of the leading candidates to win the prize in Qatar.

After finishing fourth at the 2018 World Cup, the Three Lions secured a runner-up finish at the European Championships this summer, showing signs of genuine progress in multiple aspects.

The strength of this England squad was on full display in the World Cup qualifying campaign, where Harry Kane and co notched up an intimidating average of 3.9 goals per match.

One major tournament disaster after another has cast doubt on Belgium’s ability to capitalise on their golden generation’s capacity to make their nation proud.

De Rode Duivels’ number one spot in the FIFA rankings is not a coincidence, but Roberto Martinez’s men often lack a much-needed cutting edge when it matters most.

With the likes of Kevin De Bruyne and Romelu Lukaku well in their prime, next year’s competition proper could be Belgium’s last-ditch attempt to wrap up their first major international title.

Despite boasting some of the world’s finest talents on their rosters throughout the past 20 years, Brazil have failed to live up to expectations since lifting the World Cup trophy in 2002.

Neymar, a designated leader of Tite’s high-flying Selecao squad, will lay his eyes on navigating the world’s most successful nation ever to their record-extending sixth World Cup success.

The skilful forward left Barcelona to join Paris Saint-Germain in 2017 as part of his efforts to escape from Lionel Messi’s shadow and boost his chances of winning the Ballon d’Or at some point in the future.

However, PSG’s lack of ability to compete for the Champions League trophy has left the 29-year-old empty-handed, meaning the World Cup could be a career-changing factor.

Neymar’s Brazil became the first South American nation to book their place at Qatar 2022 and are yet to lose a single World Cup qualifier in the ongoing cycle.

After leading Argentina to a long-awaited Copa America success in the summer, Lionel Messi will set his sights on locking down the World Cup title.

Widely regarded as the greatest player of all time, the six-time Ballon d’Or winner is aware that lifting the World Cup crown would go a long way in his resume in establishing him as the best player ever.

It would be a career-defining achievement for La Pulga that would stand out among his peers and help cement his football legacy.

Messi was inches away from lifting the World Cup title in 2014. However, Mario Gotze’s iconic extra-time goal in the grand final handed Germany the victory at the expense of Argentina.

Although Lionel Scaloni’s generation lacks the household names La Albiceleste boasted at ‘Brazil 2014,’ a run of 27 internationals without defeat suggests this team are ready to mount a title challenge next year.

There’s a feeling that this piece of silverware is what separates the PSG superstar from the legendary Diego Armando Maradona in a never-ending debate on who is the best player of all time.

The 36-year-old has the European Championship trophy under his belt, but a World Cup triumph would be the pinnacle of his illustrious career.

However, with Portugal dropping to the terrifying play-offs, Ronaldo’s appearance at Qatar 2022 is hanging in the balance.