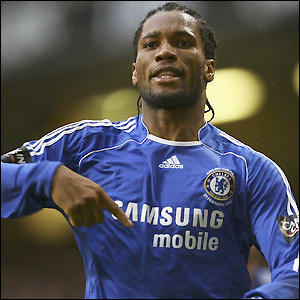 The AC Milan coach Carlo Ancelotti has targeted Chelsea striker Didier Drogba, Barcelona’s Samuel Eto’o or Arsenal’s Emmanuel Adebayor as potential close-season signings. These are good tagets, but Drogba??? Are you kidding me, Drogba has great talent but his character sucks! With Drogba getting a Red Card is the Champions League Final, that showed me right there that I would never be a fan of him after when he did to Vivich. Now for Eto’o and Adebayor they’re both a great talented players and I would love to see AC get both of them, but not Drogba.

How will AC Fair Next Season?
AC Milan: Kaka may need knee surgery