Euro 2020 Round of 16 Review: The Netherlands and France crash out, England power past Germany & much more 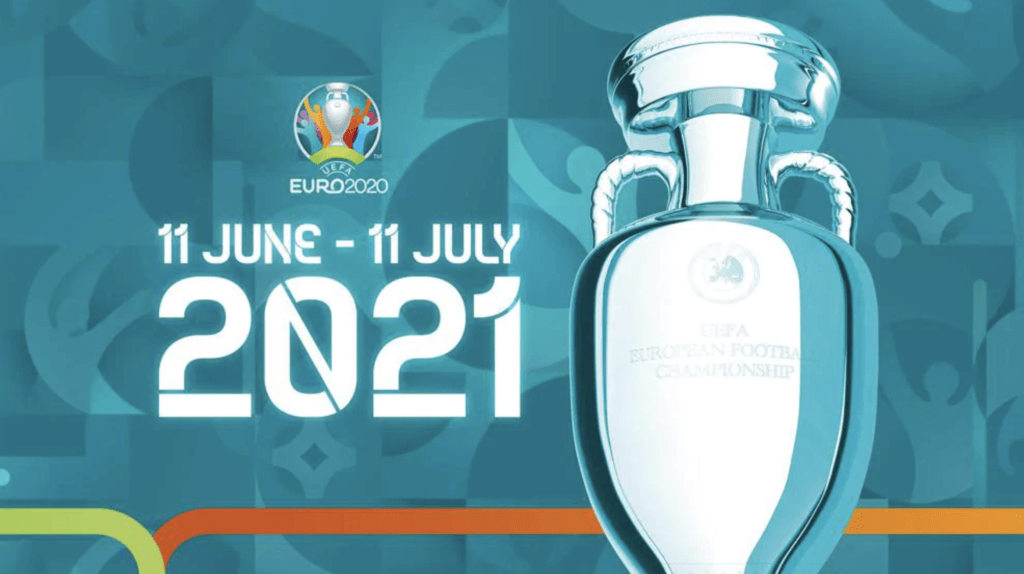 After 12 days of group stage action and a couple of days off, the Euros were back, this time for the very serious business of the knockout stage.

The round of 16 was set to play out in the span of four days with two games held daily, and it certainly did not disappoint with a couple of blockbuster clashes as well as exciting action all around.

We look back at the first knockout round of Euro 2020:

The first round of 16 clash saw Wales and Denmark square off in the Amsterdam ArenA. Looking at the line-ups on paper, Denmark were expected to continue in their 3-4-3 system, but in the match, their shape was much more fluid.

After a quick start from the Danes, Wales started to claw their way back into the match and had a sustained spell of possession and attacking threat, with Gareth Bale once again at the centre of all good things for them.

However, Kasper Hjulmand then pushed Andreas Christensen into midfield in a 4-3-3 to close down the space between the lines.

Just a few minutes before the half-hour mark, Kasper Dolberg capped off a lovely team move with a pinpoint curling finish into the bottom corner from outside the box to give Denmark the lead.

The Nice striker then added another just a couple of minutes into the second half, as a poor Neco Williams clearance fell very conveniently to him in the box, and he dispatched it with no hesitation at all.

Towards the latter stages of the match, Denmark returned to a 3-4-3 with Christensen restored to centre-back, and they were able to see out a comfortable 4-0 victory as Joakim Mæhle and Martin Braithwaite got on the scoresheet late on.

The other match on the first day of the knockouts was at Wembley, where Italy were facing Austria. Franco Foda’s side continued with a back-four, and they started off really brightly as they matched their opponents toe-to-toe with good possession-play and counter-pressing.

The Italians slowly started to gain control, and for the latter period of the first half they almost exclusively were the attacking team, but they failed to beat Daniel Bachmann despite having good chances where they hit the woodwork and drew a couple of fine saves.

After that period of defending, Austria got back on the front foot in the second half, and this time, they almost got their breakthrough after the hour mark through Marko Arnautović, but the goal was ruled out by VAR for offside.

Italy started threatening again thereafter, but there were no goals in the 90 minutes, so we went to extra time. This time Roberto Mancini’s side looked good from kick-off, and substitute Federico Chiesa gave them the lead just a few minutes after the 90 before Matteo Pessina made it 2-0 before the end of the first period of extra time.

Austria did pull one back with under 10 minutes to go as Saša Kalajdžić stooped low to head a flat corner in at the near post, but it was a case of too little too late by then, so Italy progressed to the quarter-finals.

The next round of 16 tie was played out in Hungary, where the Netherlands squared off against the Czech Republic.

Frank de Boer preferred pace over physicality in attack as he picked Donyell Malen ahead of Wout Weghorst, and although his side started off well, they were quickly contained by their opponents, who decided to employ a very proactive man-to-man approach out of possession.

The Czechs were also fairly expressive on the ball, where Tomáš Souček had a fair bit of freedom to get forward from holding midfield.

The West Ham midfielder had the best chance of the first half too as his stooping header went just wide of the far post, so there were no goals to speak of at the break.

The Dutch were in control of possession, though, but the complexion of the match changed when Malen failed to get a shot away in a one-on-one, and soon thereafter, Matthijs De Ligt was sent off for a deliberate handball as the last defender.

The Czech Republic naturally started looking a lot more threatening thereafter, and they soon went and took the lead through Tomáš Holeš from a set-piece situation.

Patrik Schick then added insurance with about 10 minutes of normal time remaining, and that was enough to seal an unlikely victory for Jaroslav Šilhavý’s side.

The first of two real blockbuster showdowns in the round of 16 featured Belgium and Portugal, who met in Spain.

The match was a keen tactical battle from the get-go as both sides looked to be patient in possession and play through each other.

Chances were, therefore, at a premium, but Thorgan Hazard broke the deadlock at the stroke of half-time with a powerful strike from outside the box.

After Kevin De Bruyne (whose positional freedom to drift around the pitch was crucial was Belgium’s approach-play) went off injured, Belgium seemingly lost their edge and Portugal grew more and more threatening.

They came incredibly close to equalising when Rúben Dias headed a corner goalwards and Raphaël Guerreiro struck the post a couple of minutes later, but ultimately failed to score and went out with a 0-1 defeat.

The fifth round of 16 clash was held in Copenhagen, where Croatia took on Spain. Luis Enrique once again made a couple of tweaks to his side despite their comfortable 5-0 victory last time out, but they stuck to the same principles and looked very comfortable in the opening stages of the match.

After missing a couple of huge chances early on, Spain got a bit too comfortable, as a seemingly ordinary backpass from Pedri crept past Unai Simón (who horribly misjudged it) to gift Croatia the lead without them even registering a single shot.

Despite being a bit rattled thereafter, La Roja continued to control proceedings, eventually equalising a few minutes before half-time when Pablo Sarabia smashed his shot home after some pinball in the box.

The Group E runners-up continued to look in charge as the second half kicked off, and they only needed 12 minutes to go and take the lead as César Azpilicueta headed Ferran Torres’ cross home.

To his credit, Simón bounced back from that massive mishap by making a couple of crucial stops, before Torres scored a superb third.

That was not all, as an almighty scramble in the Spanish six-yard box ended with Mislav Oršić just about bundling the ball over the goal-line before it was cleared, and in stoppage time, Mario Pašalić headed an equaliser home.

Just a few minutes into extra time, Croatia had a huge chance, but they were denied by Simón again.

Spain regained control of the match thereafter, after which they finally retook the lead when Álvaro Morata smashed a half volley home and got a bit of security after Mikel Oyarzabal’s strike.

Bucharest was the next venue for the round of 16, where France met Switzerland. As certain reports had suggested, Didier Deschamps made the switch to a back-three system, but this looked fairly shaky from a defensive viewpoint.

Switzerland were more than happy to capitalise, as they took the lead in the 15th minute through Haris Seferović’s header.

The 3-4-3 was evidently not working for France, so unsurprisingly Clément Lenglet went off for Kingsley Coman at half-time as Deschamps reverted to a back-four.

It didn’t quite produce any instant results as Switzerland won a penalty less than 10 minutes into the second half, but Hugo Lloris saved it to keep his side in the game. A couple of minutes after that, though, Karim Benzema came up with an equaliser, before quickly putting Les Blues in front with another goal.

Paul Pogba then scored an absolute worldie to give France a two-goal cushion. However, there was yet another comeback staged from 1-3 down, as Seferović and Mario Gavranović (after having one ruled out for offside) scored in the 81st and 90th minutes to take the game to extra time after both sides came close to even coming up with a winner in stoppage time.

Unlike Croatia, Switzerland did not concede in extra time (although they did allow a couple of good chances), and they went on to win the first penalty shootout of the tournament after Kylian Mbappé had his effort saved by Yann Sommer.

The second showstopper took us to Wembley once again, where England played hosts to Germany. Gareth Southagate went for a 3-4-3 to match Germany’s system directly.

They did not start off well at all, though, and there was a very nervous moment less than 10 minutes in as Leon Goretzka was brought down by Declan Rice when he was close to being clean through on goal, but the West Ham midfielder got away with a yellow card.

The Three Lions started to claw their way back into the match thereafter, though, creating a great chance in the dying seconds of the first half when a loose pass was pounced upon by Raheem Sterling in the attacking third.

The ball eventually dropped for Harry Kane after a couple of deflections, but a heroic last-gasp tackle from Mats Hummels kept the score at 0-0.

England continued to look the better side in the second half, and with about 15 minutes to spare after Jack Grealish came on, Sterling gave them the lead as he capped off a slick team move.

Germany naturally pushed for an equaliser, but the closest they came was when Thomas Müller missed a one-on-one against Jordan Pickford.

They were further punished when Kane made it 2-0 (with Grealish involved in the move once again), so it was the Three Lions who roared their way into the quarter-finals.

The final round of 16 tie was an intriguing battle between Sweden and Ukraine, with Hampden Park hosting the two sides.

The Swedes started off very well and had a host of opportunities to take the lead, but it was Ukraine who ultimately did so with a thundering half-volley from Oleksandr Zinchenko.

The scores were level just before half-time, though, as Emil Forsberg’s deflected strike made it 1-1.

The second half continued to be an end-to-end affair, but in spite of the woodwork being hit thrice and a multitude of other opportunities, there were no goals to speak of, so we went to extra time.

A red card to Marcus Danielson in the 99th minute handed the advantage to Ukraine, but they left it until stoppage time in extra time to win the match in dramatic fashion through an Artem Dovbyk header.