History of football at the Olympics 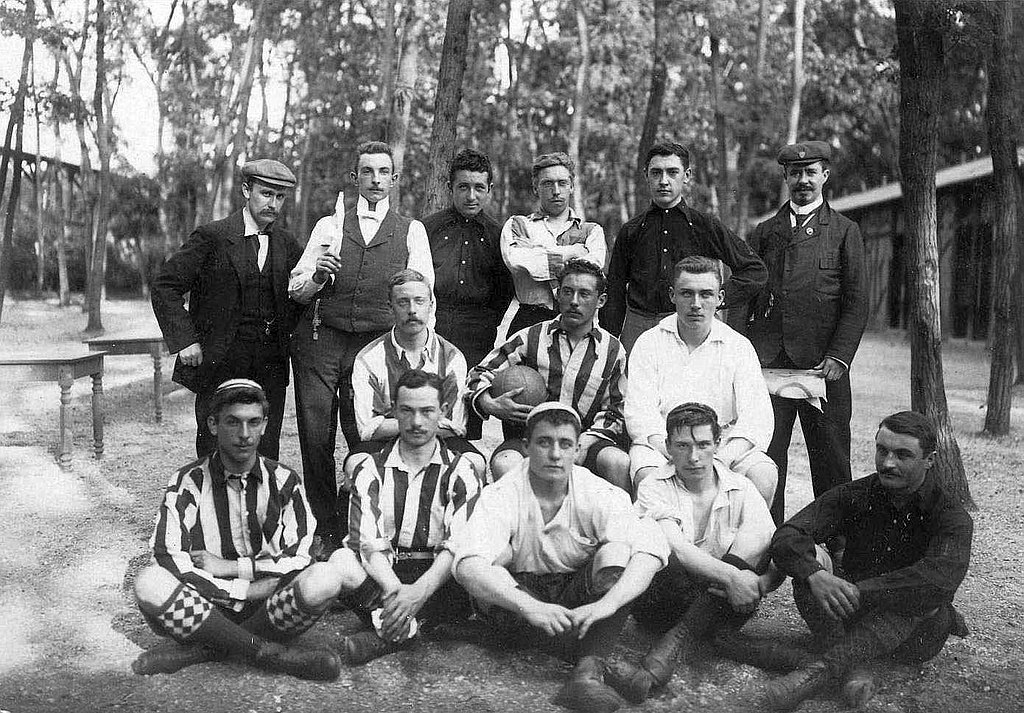 The game of football and the Olympic Games share a very long and complicated history.

The first modern Olympics held in Athens in 1896 did not have football in its program as international football was still at a nascent stage.

Despite the Football Association (FA) being active for a few decades, the sport was not as organised or official in the rest of the world.

Football made its debut at the Olympics in its 1900 edition in Paris. The tournament did not include any countries but three club sides – Parisian elite Club Français, London’s Upton Park and a team of students representing Belgium’s Université libre de Bruxelles.

All the games were played at Paris’ Vélodrome de Vincennes. Favourites for the tournament, Upton Park won their game against Club Français 4-0 before the latter won against the Belgian students 6-2.

The team from Canada won both their games against the Americans 11-0 on aggregate and earned a gold medal. Although the IOC considers these games official, FIFA does not recognise them.

The 1908 Olympics held in Great Britain saw the participation of national teams in the football tournament for the first time. The competition had six contestants: Great Britain, France A, France B, Sweden, Denmark and the Netherlands.

Favourites Great Britain beat Denmark 2-0 in the final at the White City Stadium in London. The Danish team had earlier inflicted a 17-1 defeat on France with Sophus Nielsen scoring ten goals which is still an Olympic record.

The team also included Harald Bohr, the famed mathematician and brother of Nobel Laureate Neils Bohr. Harald had scored two goals in Denmark’s 9-0 win over France B in their opening match.

At the next Olympics in Sweden, the number of participants increased from six to 11. The tournament adopted a new cup format with the better-ranked teams getting a bye in the round of 16.

Seven teams were eliminated in the first two rounds. They were banded together in a consolation tournament which was won by Hungary.

In the main tournament, the final saw a repeat of 1908 where Great Britain and Denmark fought for the honours. Played at the Olympics Stadium in Stockholm, Great Britain won 4-2.

The Olympic Games were cancelled following the outbreak of the First World War. The Games returned in 1920 in Belgium for a tournament with 14 participants.

The Games saw the participation of Egypt as the first non-European country to take part in Olympics football.

Defending champions Great Britain were embroiled in controversy after withdrawing from FIFA in protest against Germany, Austria and Hungary not being ejected from the tournament.

Despite their troubles with FIFA, they took part in the Olympics and were shockingly defeated 3-1 by Norway in the first round.

Controversy also marred the 1920 final. It remains the only international final match that has been abandoned. Played at the Olympic Stadium in Antwerp, Belgium were 2-0 up inside half an hour.

The Czechs walked off the pitch in the 40th minute after being unhappy with the performance of English referee John Lewis and his linesmen.

They were disqualified from the tournament as a result of their protest. Belgium were handed the gold medal while Spain and the Netherlands claimed silver and bronze respectively.

The South Americans enter the arena

With each passing Olympics, the football tournament continued expanding. The 1924 edition held in France saw the participation of 24 countries from four confederations.

South America offered their first representative at Olympics football in the form of Uruguay.

The Uruguayans ran riot at the tournament, winning their first gold medal by beating Switzerland 3-0 in the final. At the end of the tournament, Uruguay had a goal difference of 20-2.

Football as an independent sport had grown in popularity by 1928. Up until that year, only amateurs were allowed to register themselves for the tournament.

This became a cause for concern as professionalism in football had become commonplace in most countries.

This led to FIFA organising an international football tournament which is now known as the FIFA World Cup, the first edition of which was scheduled for 1930.

The foundation of the football World Cup drastically changed football at the Olympics. The 1928 edition was the last time that the Olympics hosted a premier football competition.

Held in the Netherlands, the final was played between defending champions Uruguay and fellow South Americans Argentina.

After a 1-1 draw, a replay was scheduled which Uruguay won 2-1. These two consecutive gold medals played an integral role in Uruguay being chosen as hosts for the first World Cup.

FIFA excluded football from the 1932 Olympics following the success of the 1930 World Cup. The sport returned in 1936 after German organisers insisted upon it.

Italy won the gold medal by beating Austria 2-1 in the final at the Olympic Stadium in Berlin.

Now this situation was capitalised upon Eastern European nations, which still carried amateur status. Countries like Hungary and the Soviet Union have won five Olympic gold medals in football among them.

It was not until the 1984 Games in the United States that the IOC allowed professional footballers to take part in the tournament despite FIFA prioritising the World Cup over the Olympics.

FIFA and the IOC eventually negotiated a compromise which ruled that the countries that were part of FIA and CONMEBOL, the South American football federation, could only field players that had not taken part in a World Cup while other nations could play their strongest XIs.

The rules were changed again in 1992 when it was stated that all players must be under the age of 23. In 1996, the IOC further tweaked the rules by allowing all nations to add three over-23 players to their teams.

Now this format favoured many African nations with Nigeria and Cameroon winning the 1996 and 2000 tournaments.

The 1996 Olympics in the United States were also landmark in the sense that it was the first Olympics to host a women’s football tournament.

The women’s competition has no age limit and runs on equal footing with the FIFA Women’s World Cup.