History of the FA Community Shield 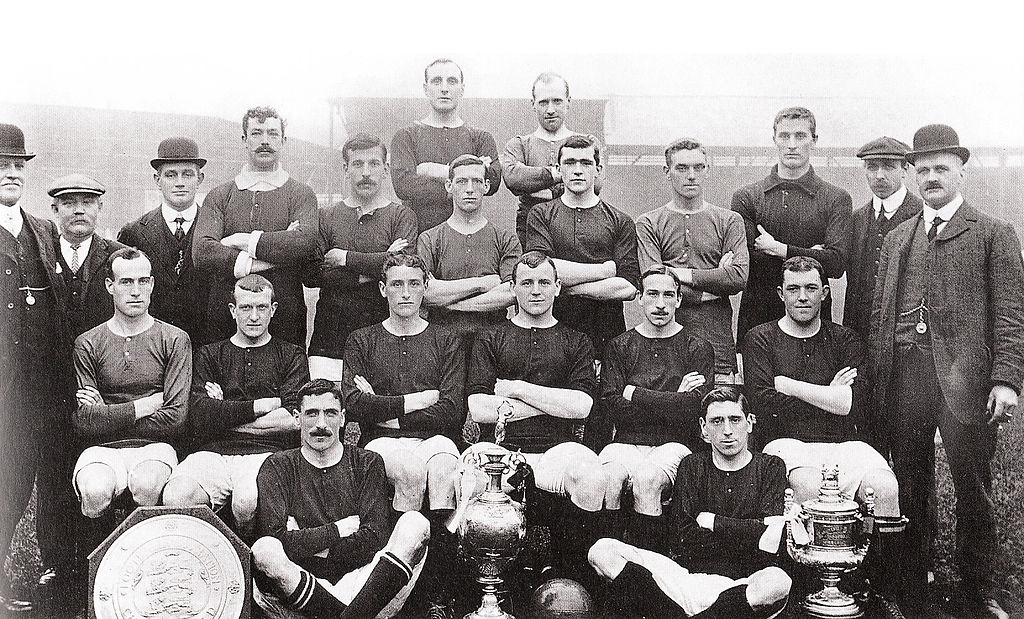 Whiskey drinkers around the globe must be familiar with the popular brand Dewar’s.

Thomas Dewar, along with his brother John, built their family label from being a local company into a global success.

In 1898, Thomas, then the Sheriff of London, offered a shield up for the taking, hoping to pit the best professional and amateur clubs against each other in a game of football with the proceeds of the match going to charity.

The annual fixture was named Sheriff of London Charity Shield, which was also called the Dewar Shield.

Corinthian were the premier amateur side of that era, giving many players to the England national team. United had won their first-ever top division title in the 1898/98 season.

Played at The Crystal Palace in London, the first half was reportedly a feisty affair on a very wet pitch. Referee EE Stewart had to issue several cards to pacify the intemperate athletes.

The second half witnessed some attacking display. Corinthian striker GO Smith, who also played first-class cricket for Oxford University and Surrey, and carried the moniker ‘the first great centre-forward, came close to scoring but United’s champion centre-back Henry Thickitt was equal to the challenge.

The match ended in a draw, forcing the two teams to play a rematch.

The two teams remained largely unchanged in the replay except for one or two replacements. John Almond gave United the lead in the first half.

15 minutes into the second half, Corinthian equalised through first-class cricketer for Worcestershire and English army officer Wilfrid Foster.

The match ended 1-1 at the end of 90 minutes. United refused to play extra time, and the first-ever Sheriff of London Charity Shield was shared.

The shield itself was over six feet high and is arguably the largest trophy in competitive football history.

Feud between FA and Amateurs

1907 was the last edition of the fixture that saw Newcastle United beat Corinthian 5-2 at Craven Cottage.

Manchester United won the 1907/08 Football League First Division. They were up against Southern Football League winners Queens Park Rangers. Both teams agreed to play the match without charging any fees.

The United XI featured some of the biggest stars of that time, including Billy Meredith, Sandy and Jimmy Turnbull and Charlie Roberts.

As the referee blew his whistle to signal the start of the game, United were surprised by QPR’s quality.

The London side dominated the match and were soon rewarded with a goal when Frank Canon put the ball in the back of the net in the 11th minute.

United had to wait until the hour mark to get an equaliser. The best player on the pitch, Meredith, sprinted his way on the wing towards QPR left-back Joe Fidler before hammering in a shot from outside the box.

The match ended 1-1 at the end of 90 minutes. Both clubs were expected to share the honours but Arthur Kinnaird, a senior FA official and former Wanderers and Old Etonians footballer who had played in nine FA Cup finals, a record that still stands, suggested a replay.

So a rematch was organized at the same venue three months later. This time United knew what they were up against. Manager Earnest Mangnall made some tactical changes in the team that saw Jimmy Turnbull score a hat-trick.

George Wall also got on the score sheet to give United a comprehensive 4-0 victory. This still remains the only Charity Shield match to be played twice.

The fixture went through several format changes. For example, in 1913, the Shield was contested between an Amateurs XI and Professionals XI. In 1921, the Football League winners took on the FA Cup winners for the Shield for the very first time.

It was not until 1930 that an official rule came into effect, which stated that the Shield will be contested by winners of the First Division and the holders of the FA Cup.

Even then, over the years, various teams without league or Cup glory have played the fixture.

In 1974, FA Secretary Ted Croker proposed that the game should be played at London’s Wembley Stadium as a curtain-raiser to the new season. Before that, the matches were played at various grounds up and down England.

The 2021 edition of the FA Charity Shield is set to be contested by Premier League winners Manchester City and FA Cup champions Leicester City at Wembley on August 7.