How Brendan Rodgers has transformed and stabilised Leicester City 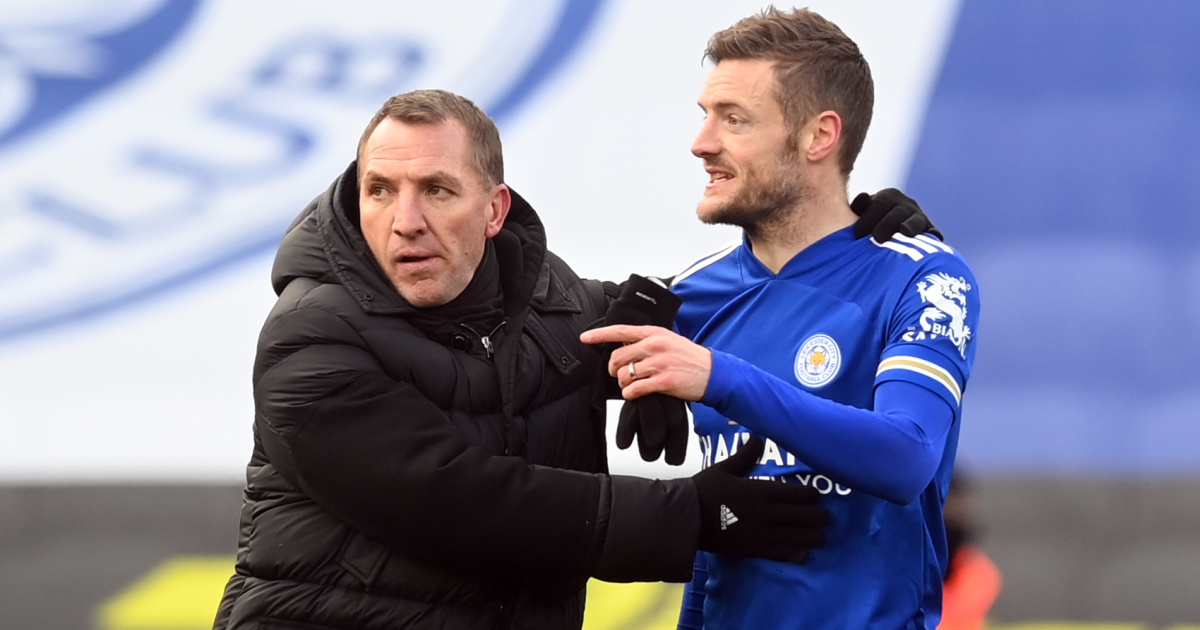 Leicester City’s stunning victory over the league champions, Liverpool, is yet another reminder of what an incredible job Brendan Rodgers is doing at the King Power stadium.

Liverpool looked in control with 12 minutes left to play as they looked to recover from consecutive defeats. However, three goals in seven minutes for the Foxes stunned Klopp’s men and took Leicester to second place in the Premier League table.

Leicester boss, Brendan Rodgers made the decision to change his tactics against Liverpool and started with a back five.

The change in formation worked for Rodgers as Leicester were provided with defensive stability whilst always looking a threat on the counter-attack.

Everything about the performance opitimised Rodgers’s impact at the club: the tactical versatility, the team spirit and the ability to get the best out of Leicester’s star players.

Leicester City’s incredible title-winning season five years ago cannot be undermined but Rodgers has now firmly established Leicester as a team of the highest quality.

When Leicester City produced one of the greatest footballing stories of all time and won the Premier League in 2016, they won it by playing an excellent style of counter-attacking football.

The Foxes played a rather traditional 4-4-2 formation and sat back before hitting teams on the break and to devastating effect.

However, after surprising everybody in their title winning season, Leicester struggled the following season, with teams giving them more respect thus meaning the Foxes could not play their counter-attacking football.

Leicester struggled with playing possession football and the resulting seasons that followed were mitigated with inconsistency as new managers tried to implement different styles.

However, since Rodgers took over in 2019, Leicester have a new identity, with the Foxes comfortable in possession and dominating games with slick football.

His Foxes’ side are far more comfortable in possession than their league champion team from five years ago were, but not at the expense of a strong attack.

This transformation has taken time but now Leicester are capable of playing fantastic football on a regular basis.

Yet, when Leicester face a tough game, such as against Liverpool, the Foxes can still revert to counter-attacking football, with the quality of Vardy, Maddison and Barnes destroying teams on the break.

Brendan Rodgers is not afraid to change his tactics and this versatility has allowed Leicester to thrive no matter what opponent they face.

Former Liverpool captain Steven Gerrard said in 2014 that Brendan Rodgers is the best man-manager he has ever worked with.

Rodgers has showcased his man-management skills at Leicester and has developed multiple young talents into top players.

His handling of James Maddison, Harvey Barnes and James Justin, to name a few, has been excellent and the young trio are all now thriving on the pitch for Leicester.

However, it has been his man-management of the more experienced players in the squad that has been even more impressive.

When he took over at Leicester, Jamie Vardy had fallen out of favour with Claude Puel and his career at Leicester could easily have dwindled to a disapointing end.

However, Rodgers recognised the quality of Vardy and how dependent Leicester were on him, so quickly announced that Vardy was one of the best strikers in world football.

The following season, at 33-years-old, Jamie Vardy finished the season as the Premier League’s top scorer.

Vardy is a brilliant example of Rodgers’s man-management and despite his age, he is showing no sign of slowing down and is still one of Leicester’s most important players.

Another example of Brendan Rodgers’s man-management is his treatment of captain Wes Morgan. Morgan has scarcely featured for Leicester this season but Rodgers has kept him because of his vast experience and impact behind the scenes at the club.

Rodgers has managed the older players at the club and integrated Leicester’s youngsters into the team in a fantastic manner and without disrupting Leicester’s incredible team spirit.

Steve Walsh was credited for the signings of Ranieri’s title-winners, recruiting: Kante, Albrighton, Vardy and Mahrez.

Walsh has been long-departed, but his replacement, John Rudkin, has also recruited some excellent players.

Of the current team, Youri Tielemans and Maddison were in place before Rodgers arrived. Both have subsequently become regulars for Rodgers, with their values ever-increasing.

It has been the identification and assimilation of these players that has allowed Leicester to weather the sale of Kante, Mahrez, Harry Maguire and Ben Chilwell and move forward.

Whilst the recruitment might not be directly controlled by Rodgers, it is his ability to manage and improve these players that has proved crucial in Leicester’s transformation.

Brendan Rodgers has not only transformed Leicester into a top team but also stabilised them as one of the league’s best sides. It has been a quick transformation for Leicester in a short space of time.

But, the Foxes have every chance of maintaining their progress because of Rodgers’s fantastic man-management and tactical versatility. Not forgetting, Leicester City’s fabulous recruitment program.

Leicester’s victory over Liverpool is a symbolic statement of Leicester’s progress and their ambition to continue to improve and stay at the top of English football.