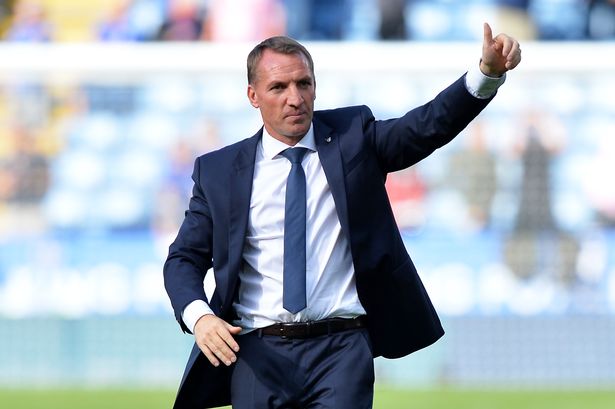 Although Leicester City’s greatest period will be the 15/16 season where the boys in blue lifted the Premier League trophy after a remarkable campaign, what Brendan Rogers is currently achieving isn’t too far behind this. He’s created a top six team with in-depth tactics, man management and clever recruitment.

Since Brendan took the reins back in 2019, City have picked up the third-highest number of points, more than Manchester United, Spurs, and Arsenal, and the same as Chelsea. That’s across 76 Premier League matches and during a pandemic which of course brings huge amount of uncertainty. He’s notably improved certain players such as Marc Albrighton, Jonny Evans, Wilfred N’didi etc. With these individuals improving alongside talent such as Jamie Vardy, Harvey Barnes, James Maddison and Youri Tielemens, this bodes well but with that you need good structure and a certain style which Brendan has most certainly implemented as they currently sit 3rd in the League Table.

When he arrived at Leicester city he took over a team that were down, showing no enthusiasm and didn’t represent a Leicester City that most football fans can relate to. Although he only took them from 12th to 9th in the space of three months, fans knew they got an absolute gem on their side. Summer 2019 arrived and he made clever signings and Jamie Vardy looked like his 2016 self. He knew getting the best out of players like Vardy and Maddison, and having a strong back-line with Evans and Söyüncü with N’didi just in front, this spine was capable of achieving European football on a consistent basis. That season they just lost out on a Champions League place and came 5th. This was still a huge achievement and those people forget after selling Harry Maguire that season how wisely he used that money and probably learnt certain lessons in the market after selling Luis Suarez during his time at Liverpool. Achieving Europa League football is no small mountain and coming above clubs such as Spurs and Arsenal is incredible, despite both clubs in North London experiencing issues that year.

What Brendan has also done is not just give fans the results they want but the entertaining football all fans want to witness on the weekend. It’s become such a huge talking point this season when it comes to style of play, and Brendan has brought joy back into Leicester’s football. It’s not just that the victories that are entertaining, but the route to them has been much more enjoyable. The fans have been treated to a full scrapbook’s worth of memorable games, from record-breaking wins to shock successes. It generates a good feeling around the club that rubs off on the players and in turn, produces more confident, fun football.

It might not be the miracle of the title-winning campaign, but it feels monumental during these periods of time. The last time a side from outside the ‘big six’ finished in the top five two seasons running, which Leicester are on course to do, was when Everton did so in 2008 and 2009. But back then, the concept of the ‘big six’ didn’t even exist.

When Brendan Rodgers arrived he made it clear it was his intention to disrupt that established top order. Not only has he done it already, he’s done it to the extent that the ‘big six’ are coming to terms with the fact that Leicester City aren’t about to go anywhere any time soon.

How Brendan Rodgers has transformed and stabilised Leicester City
Bouncing back to the Premier League: Why Norwich City’s imminent promotion is more impressive than meets the eye