Chris Hughton could be forgiven for feeling smug recently, given the recent form of a rejuvenated and spirited Newcastle side. If we turn back the clocks by one month things were certainly very different. Hughton was subject to a torrent of abuse from some fans, as well as the media circulating rumours of a return for Joe Kinnear!

Before we focus on recent events however, lets look back to the beginning of last season, where a depleted Newcastle side were still licking the wounds left by such a turbulent a torrid time in the Premier League. August 2009 brought change for Newcastle. Chris Hughton began his reign as Caretaker Manager in sparkling form. A string of successive wins rejuvenated the Magpies fans, who started to believe in a quick return to the Premier League. Hughton was rightly given the job on a permanent basis and the rest is history!

The statistics don’t lie; and they show that Hughton has the best win record since Kevin Keegan’s first spell in charge at the club. The majority of football fans will know how many faces have been and gone in that time. The likes of Souness, Allardyce, Roeder and Kinnear add to a list of Newcastle Managers that have seriously underachieved. Another thing worth remembering about managers at the club in recent times is the amount of money they have cost the club because of cancelled contracts. In my opinion this has made Hughton’s job a hundred times harder. Financially he has had almost nothing to work with, something that is shown in the fact that Newcastle spent less money than Blackpool before the season started.

Newcastle’s recent 5-1 demolition of rivals Sunderland put Magpie fans on cloud nine. An astute tactical approach to the match saw Sunderland simply unable to deal with Newcastle’s attacking prowess. So what do you think should happen now? 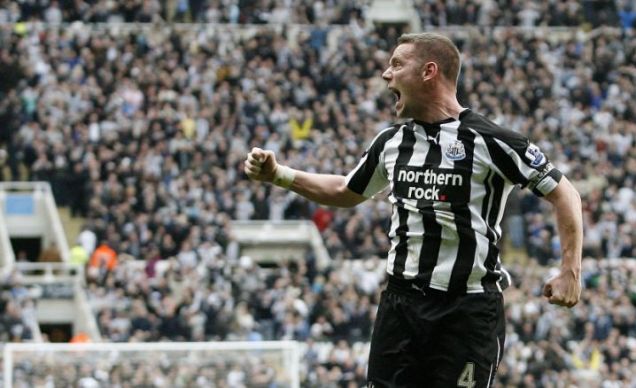 I strongly believe Chris Hughton has earned the right to a new contract at Newcastle. Whilst it is difficult to know what is happening behind the scenes at the club, it is clear to see that Hughton has restored the feel-good factor at Newcastle. The players appear to be going out game by game believing they can win (and win good!). Such a volatile league makes it difficult for team’s to have such self-belief, something optimised by the recent fortunes of Liverpool for example.

Sunday’s victory away at the Emirates Stadium Stadium again demonstrated that the clubs’ recent form might not simply be down to some luck and good fortune. Once again the impressive Andy Carroll showed that he possesses the credentials worthy of an England call-up. As much as I dislike Arsene Wenger, the Arsenal manager is clever and knows a talent when he sees one. He has publicly shown his support for Carroll’s potential inclusion in the England set up. With the injury problems the likes of Rooney and Defoe are enduring at the current time, it would seem almost foolish not to give the lad a chance, particularly in one of England’s frequently disappointing friendly encounters… but I digress.

Mike Ashley has undoubtedly inherited some financial issues since Freddy Shephard’s stint at the club, some of which cannot be put down to him; the aforementioned contract cancellations show this. I can see why Mike Ashley may be sceptical to give Hughton a new contract at the current time. Lets just imagine that come February/March, Newcastle are again flirting with relegation. To have a manager tied down with a 3-year contract could potentially create a situation that Hughton’s predecessors have encountered, something that could again cost the club dearly in financial terms.

When push comes to shove, Mike Ashley’s background will mean he is not concerned with angering the fans for a short time. I would imagine that shortly after Christmas, Chris Hughton will get his deserved new contract; something that will please the Magpies’ players and fans alike. Until that time comes I think Mike Ashley will keep his cards very close to his chest. I hope Hughton will continue to prove the sceptics wrong, producing strong, attacking and attractive football that emanates from a hard-working squad full of self-belief. With the exception of Ian Holloway it is refreshing to see a manager relatively new to the Premier League succeeding against all the odds. To see two hard-working and honest Managers amongst a sea of ego’s in Premier League management is a great thing… and don’t worry Magpie fans, Hughton’s extended contract may be just around the corner!