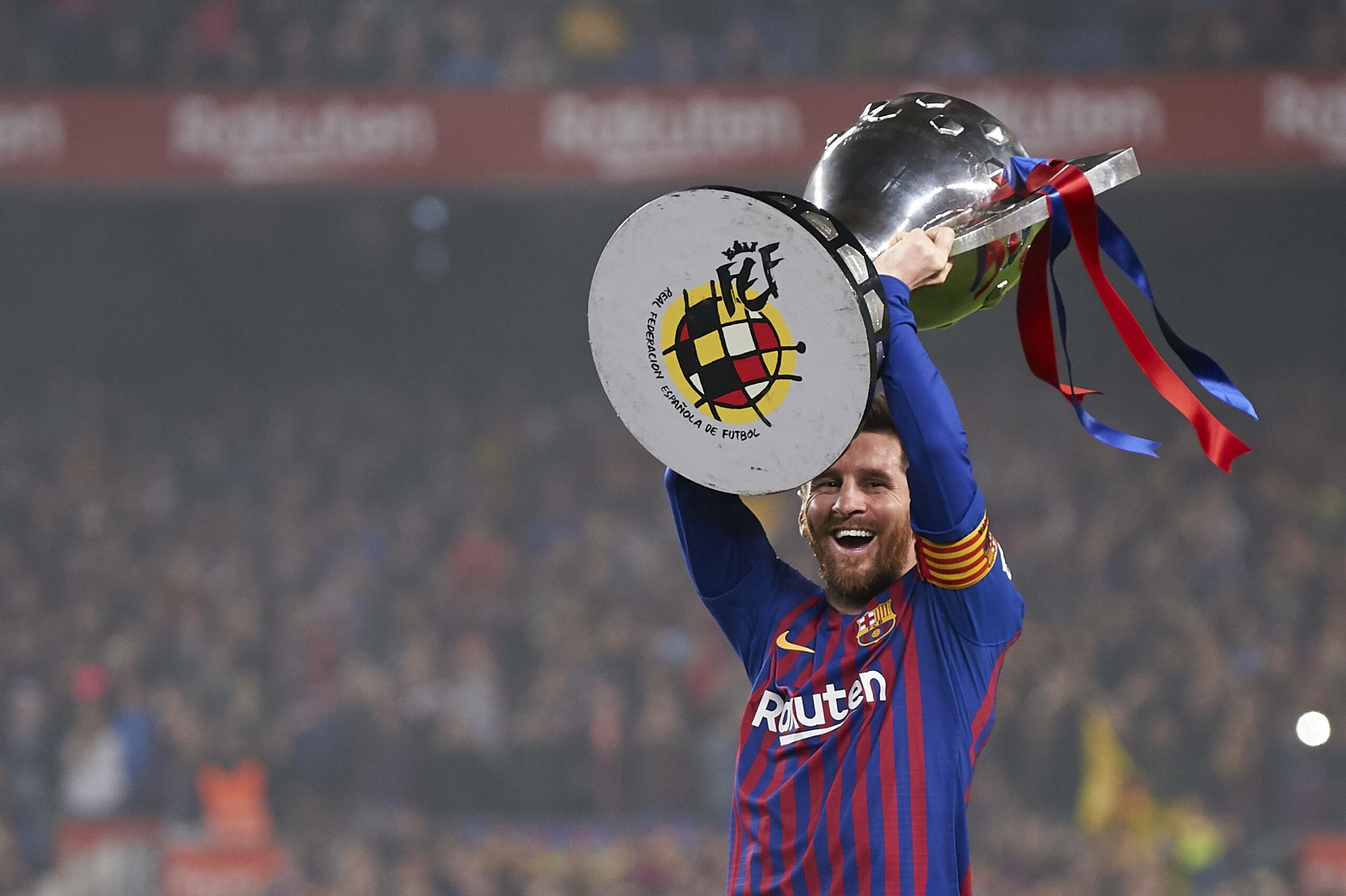 It has been a while since La Liga had four sides with an equal chance battling it out for the title.

Five league fixtures are left to play and no-one can predict the winner, even though Atletico Madrid long seemed to be the champions.

With only three points separating the top-four sides, the 2020/21 La Liga title race will go down to the wire.

Atletico’sgrip on the lead at the top of La Liga loosened following a string of underwhelming results, but they are still in prime position to claim their first league title since 2013/14.

Whether or not they are the title-winning material will come to light on May 8 when they meet Ronald Koeman’s Barcelona at Camp Nou.

Los Colchoneros have lost both of their top-flight trips to the current top-four teams this season without scoring, last beating the Catalans away from home in La Liga back in 2006.

Atletico’s first test of character comes against relegation-threatened Elche on Saturday as they hope to bounce back from a 2-1 away defeat to Athletic Bilbao last time out.

Los Blancos have picked up the pace since the turn of the year and are currently unbeaten in 12 La Liga matches in a row (W9, D3), a sequence that saw them climb up to within two points from Atleti.

Zinedine Zidane’s side remain in contention for the record-extending 14th European Cup title, but retaining the league crown is also high on the Frenchman’s list of priorities.

Los Merengues have lost the joint-lowest 12.12% of their La Liga games this season (alongside Atletico), conceding the second-low 24 league goals in the process.

Though Karim Benzema did his best to shoulder the scoring burden, Real’s inability to find a suitable replacement for Cristiano Ronaldo has seen them net an average of just 1.69 goals per La Liga fixture this season.

Sevilla, Athletic Club and Villarreal are three of Real’s remaining five opponents, with each of them boasting impressive defensive records.

If something comes back to haunt Zidane in the remainder of the season, it could be his decision not to pursue a top-class forward to replace the legendary Portugal captain.

After a thoroughly disappointing start to his Camp Nou career, Koeman has gained confidence within the dressing room and managed to establish some chemistry between Antoine Griezmann and Lionel Messi.

Everyone thought the Catalans were out of the title race in December, but the Dutchman’s players have since clicked into gear and nearly leapfrogged Atletico on Thursday.

Indeed, Barcelona scuppered a golden opportunity to reach the top of the La Liga table with a disturbing 2-1 home defeat to a Granada side they had outplayed in the previous 24 top-flight H2Hs at home.

The Blaugrana will be desperate to return to winning ways on Sunday when they lock horns with Valencia at Mestalla before a title-deciding encounter with Atletico on home turf.

A path leading to the title is a bit bumpy, but Barca have showcased this season that they possess much-required determination to avoid another trophyless season.

It has been one hell of a season for the Andalusian heavyweights.

However, the idea of beating former employers Madrid to the title must be tickling the Spaniard’s imagination, with Los Rojiblancos only three points adrift of the league leaders.

Before the season began, even Sevilla’s die-hard fans were skeptical about their side’s chances of competing with Madrid outfits and Barca for the coveted domestic prize.

Following a torrid start to their league campaign, the Andalusians have started to pick up momentum as the season progressed and are currently undefeated in eight La Liga matches (W7, D1), winning each of the last five.

Given the way Lopetegui’s warriors are playing at the moment, no one can dare to say they cannot prevail in this keenly-contested race and lift their first league crown since 1945/16.

With the top-three sides in varying states of unease, the door is open for Sevilla to shake up the competition stalwarts and establish a new order in La Liga.

However, Barcelona perhaps have the biggest motive to ensure success as winning the league title could be the only way they can keep Messi past the summer.