Who Next for Leeds United? 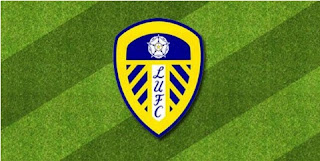 As Neil Warnock closes the door on his way out of Elland Road and his managerial tenure with the mighty whites, one question looms large, who next for Leeds United?

It comes as no surprise that Warnock has left the club, having made his intentions perfectly clear that it was promotion or bust in the ER hot seat.

However there is a timid hint of surprise as his departure comes with six league games of the championship season remaining.

Nevertheless, the revelation comes after a sorry performance again by the whites, this time a home defeat to Derby County.

More points dropped and chances of promotion back to the Premier League a fleeting thought to be resurrected next season.

A club statement shortly after Warnocks departure outlined the strategy of appointing a successor:

“This may well be after the end of the season dependent on the availability of the club’s preferred choice to become the next manager.

“However, with availability of suitable candidates changing all the time then we will adopt a flexible approach, so as to ensure that we make the right appointment

Academy manager Neil Redfearn will take caretaker charge of the first team until a permanent candidate for the role is found, a decision the powers that be are in no rush to make.

Leeds Chief Exec Shaun Harvey stated: ‘We need to look to the future and the search for his replacement is under way’

“There is no fixed timescale as securing the services of the right person is the primary objective to give us the best chance of promotion next season.”

“We would like to thank Neil for his efforts during his time as our manager and share his disappointment that we could not achieve promotion,” added Harvey.

“We would also like to thank Mick Jones and Ronnie Jepson, who will leave the club with Neil, for all their hard work.”

The bookies have former Reading boss McDermott at the shortest price of 5/4, followed by Poyet at 9/2 and Martin O’Neil at 8/1. 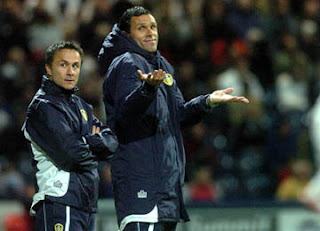 Gus Poyet is the only one of these names to have spent time at Elland Road as a member of the clubs backroom staff, serving as Dennis Wise’s assistant between October 2006 and October 2007. Poyet, now manager at Brighton, is held in high regard by the Leeds faithful.

The Yorkshire Evening Post reported over the weekend that sources close to the former Reading boss Brian McDermott, have stated he wants his next managerial role in football to be at Elland Road.

Read into that what you will.

McDermott’s availability comes after his former club Reading sacked him after four successive defeats; this coming after the manager had claimed the manager of the month award for January.

Prior to that, he led Reading to the Championship title the previous season, pipping Southampton to the trophy by a single point, winning an impressive 16 league games from 19 to close out the season. 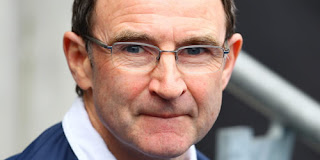 However the newest managerial casualty from the top flight, needs no introduction to some Leeds fans, most recently Sunderland found him to be surplus to requirements, their loss could be the mighty whites gain.

The name Martin O’Neill is familiar to supporters of Leeds United, once upon a time he nearly signed with the Elland Road outfit whilst at Celtic.

The Northern Irishman could be back on United’s radar as their top target, however it is thought O’Neill will be taking a short break after his dismissal and look for a new position over the summer.

A scenario Leeds perhaps wouldn’t turn their nose up at if ‘no fixed timescale’ were the intended plan of action alluded to by Chief Exec Shaun Harvey.

Who do you think should be Neil Warnock’s successor?

Liverpool – Doing A Leeds?
Homophobia in football must stop