In my second Npower Championship preview of the forthcoming season, I give my thoughts on relegated Birmingham City. Even though the West Midlands club claimed Carling Cup silverware last season, they still felt the raft of relegation from the Premier League. Birmingham City will be one of the early favourites for promotion; however with many players leaving St Andrews and a new manager in charge what will the season actually bring for the boys in blue…

Birmingham Preview
The 2010/2011 Carling Cup winners will now have to focus on life in the Championship, unfortunately the West Midlands side felt the force of relegation on the final day of the season as Wigan Athletic pipped them at the final hurdle. Chris Hughton now takes charge as Alex McLeish departed to local rivals Aston Villa, Hughton who managed Newcastle United to the Championship title a few seasons ago, definitely knows what it takes to secure promotion. Birmingham though currently have financial difficulties amongst the club’s backroom board, with club president Carson Yeung in dire straits the Blues are now being forced to sell their prize assets. With Craig Gardner, Sebastian Larsson and Roger Johnson already departing St Andrews, players such as Cameron Jerome, Nikola Zigic and Scott Dann will now be forced to head for pastures new. Birmingham does have a new breed of players though, as new signings Chris Burke and Marlon King will be vital sources to their side. It will be a difficult season off the pitch for Birmingham, but the club has resound history in this division as Hughton will look to secure promotion in his first season in charge as the Blues manager.

Key Players
This season may well come down to the performances of certain experienced players, captain Stephen Carr is now reaching the later stages of his football career, but the right-back will be a vital part of the Birmingham side this season. Curtis Davies may well have a big part to play in 2011/2012, as the departure of Roger Johnson will make way for Davies to start, the physical centre half has bags of stamina in his locker as well as hard hitting tackles and good heading ability, along with new signing Stephen Caldwell the new centre back pairing of Birmingham City will be a crucial part of their side. Another new addition in Marlon King will be the main striker, after his release from prison King made an impact with Coventry City last season as he was able to net 12 goals in 28 appearances, now playing for a more superior side in Birmingham the 31 year old front man will need to make an instant impact. Finally the youthful central midfielder Jordan Mutch will have to step up to the plate as a possible starter, Mutch had a successful loan spell with Watford last season, the box to box midfielder could well make a big breakthrough in 2011.

Manager – Chris Hughton
After the shock departure of Alex McLeish to rivals Aston Villa, the highly rated Chris Hughton was appointed manager on June 22nd. Even though McLeish brought Birmingham City silverware, the former Rangers boss couldn’t conquer the Premier League for a second season running, as the side were relegated back to the Championship. Hughton did an excellent job at Newcastle, and with many clubs linked with his services over the past couple of months he has opted for Birmingham as his next destination. The former Newcastle manager has a very good chance of getting the Midlands side promoted at the first attempt, with previous seasons in the Championship favouring Birmingham, Hughton may well deliver the goods. One of the good guys in the game of football, Hughton on paper is a very satisfying replacement for the departing McLeish. 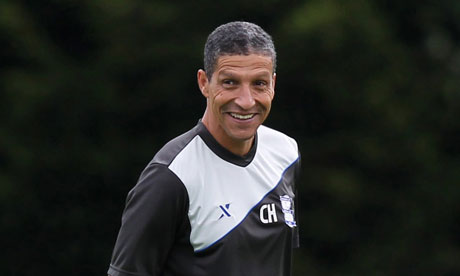 Overall Thoughts
Despite off field difficulties surrounding Carson Yeung, Birmingham’s history in the second tier of English football is promising. Hughton managed Newcastle to promotion when they seemed to be struggling financially, and now he will be hoping that he can re match that success and guide Birmingham City to the Premier League in season 11/12. The squad lacks depth as highly regarded talents such as Gardner and Johnson have made moves to the Premier League; however Birmingham are far too good for this division the play-offs are therefore a certain. Prediction – 4th