It’s that time of the year again, the football league season is fast approaching, and I for one is more excited than ever before. The Npower Championship is always a challenging and enthralling division, but this season could well be the most exciting yet. Around sixteen teams are capable of promotion, including the newly promoted trio of Charlton Athletic, Huddersfield Town and Sheffield Wednesday. Every year I usually rack up a season preview of all of Leicester City’s 23 opponents for the season ahead, but this time around I have decided to do something slightly different, instead of me doing a separate preview for every team, I have decided to cut down on my thoughts and concentrate on six teams at a time, in a four part preview, including my very own Leicester City. First up will be Barnsley, Birmingham City, Blackburn Rovers, Blackpool, Bolton Wanderers and Brighton and Hove Albion…

Barnsley
Many pundits have predicted Barnsley, as certain relegation candidates this season. The Yorkshire side had an excellent first half of the 2011/2012 season, but after the departure of Ricardo Vaz Te to West Ham United, their performances seriously deteriorated as they found themselves languishing in 21st place at the end of the campaign. With the standard of the Npower Championship looking even higher this year, Barnsley could well find themselves embarked in a relegation battle this season. Over the summer Keith Hill has taken massive risks on most of his signings, including goalkeeping journeyman Ben Alnwick, the hit and miss Kelvin Etuhu, badboy Jacob Mellis and former Premier League reject Mido. The trio of Etuhu, Mellis and Mido will all be hoping they can offer something to the Tykes this season, Etuhu is a pacey winger while Mellis who previously had a loan spell at Barnsley is an attacking minded central midfielder. The major signing of the summer though, is Premier League castoff Mido who has already been confirmed injured for the first three months of the season. The most important task for the season will be staying in the Npower Championship, Barnsley will want to prove doubters wrong, but with a relatively vulnerable defence it could be a long hard 2012/2013 campaign at Oakwell. Prediction – 24th

Birmingham City
It’s been all change at St Andrews over the summer months, the highly rated Chris Hughton departed to Premier League side Norwich City, while former Huddersfield manager Lee Clark was appointed as Hughton’s successor. Clark faces a demanding task of trying to emulate Hughton’s successful time at Birmingham City, the West Midlands side finished in 4th place last season, and nothing less than a top six finish will be seen as a failure. Clark has strengthened his side extremely well, with his only major loss this summer being central midfielder Jordan Mutch, who has made the switch over to Championship rivals Cardiff City. Clark has managed to capture the highly rated duo of Ravel Morrison and Ben Gordon on loan deals, from West Ham United and Chelsea respectively, while he has also snapped up experienced trio of Hayden Mullins, Darren Ambrose and Peter Lovenkrands. The focus of attention though this season, will be on two up and coming youngsters – 18 year old midfielder Nathan Redmond and 19 year old goalkeeper Jack Butland. Last season Redmond made an immediate impact, with his exciting flair and his ability on the ball the 18 year old became one of the most talked about talents in the whole of the football league. Meanwhile Jack Butland has had a whirlwind of a summer, it all began when he was chosen as the replacement for John Ruddy in Roy Hodgson’s Euro 2012 England squad, since then it has become apparent that he will be Birmingham’s first choice goalkeeper for the 2012/2013 campaign. Birmingham City have a vast array of talents on their books, as well as a number of experienced players, if Lee Clark gets his side to gel and play attractive attacking football, the play-offs yet again are a certainty. Prediction 4th

Blackburn Rovers
It’s been a turbulent rollercoaster at Ewood Park over the past year, new owners and a new manager have all caused friction between the fans and the board, supporters have protested, supporters have boycotted games but all to no prevail. The owners Venky’s and manager Steve Kean are still standing tall, even though they found there side relegated to the Championship, as their eleven year stay in the top flight of English football, came to an abrupt and sour ending. Blackburn Rovers will now have to concentrate on life in the second tier, undoubtedly they are one of the firm favourites for automatic promotion this season, but where the Npower Championship is concerned, bouncing straight back up into the Premier League has always been harder as it seems. Steve Kean maybe disliked amongst the majority of Blackburn fans, but over the summer he has made a number of positive signings, the experienced veteran of Danny Murphy is a very shrewd signing for Blackburn Rovers, while Kean has also acquitted the defensive midfield powerhouse of Dickson Etuhu from London side Fulham. While other signings include Nuno Gomes, Colin Kazim-Richards and Leon Best. Blackburn Rovers will be forced to lose many key players by the end of August, but they will still have a strong enough squad to challenge for promotion. The fans are not optimistic about manager Steve Kean, but they should be optimistic about their current side. They look seriously strong all over the field and a place in the top six is expected. Prediction 5th

Blackpool
Blackpool have had an exhilarating rollercoaster over the past three seasons, which has made them one of the most exciting and consistent teams in the Npower Championship, as the eccentric Ian Holloway will be hoping he can guide the Tangerines to yet another top six finish. Blackpool will be there or thereabouts this season, with their entertaining attacking play the former Premier League side will yet again score a hatful of goals. The Npower Championship will be a more daunting prospect for the Seasiders in 2012/2013, the league looks even more demanding than last season, and they will need to play to the best of their ability, if they want to find themselves amongst the play-offs by the end of April. The only loss this summer was the long serving Keith Southern who headed to pastures new with Huddersfield Town, while Ian Holloway has made numerous changes to his midfield, by bringing in the trio of Isaiah Osbourne, Tiago Gomes and Scott Robertson. The reliable Blackpool defence has stayed the same, while the club have so far been able to hold onto prize assets, Matt Phillips and Tom Ince, the tricky wingers will be fundamental part of the Blackpool side. The Seasiders are an exceptionally talented and consistent side, but this season will be an extremely difficult task, they will be in and around the top six for most of the campaign, but they may well fall short of a place in the play-offs. Prediction 7th 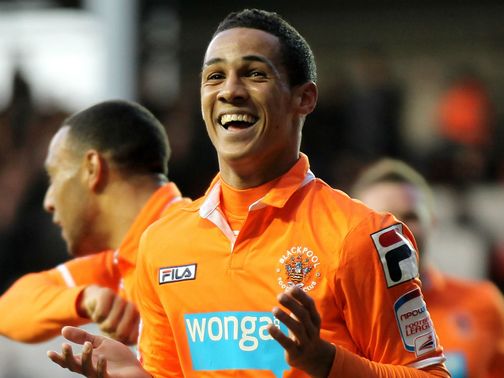 Bolton
Last season was a major shock at the Reebok Stadium, the consistent Bolton Wanderers found themselves falling from the heights of familiar mid-table to the dark cauldron of the relegation zone. After struggling in the bottom three for most of the campaign, Bolton found themselves surprisingly relegated at the end of the 2011/2012 season. There is no point making excuses, but I strongly believe if Kevin Davies scored more goals, and the duo of Stuart Holden and Lee Chung-Yong were fit, the Trotters would of probably stayed up. Like fellow Lancashire outfit Blackburn Rovers, Bolton’s eleven year stay in the Barclays Premier League came to a shocking and depressing end. This season though they have rightfully been installed as the pre season favourites, for the Npower Championship title. Bolton still have an exceptionally formidable squad, with many players still remaining from the side which got relegated, some of those players will more than likely leave by the end of August, but players like Darren Pratley who had resounding success with Swansea, in the Npower Championship will more than likely remain, aswell as defenders Zat Knight, David Wheater and Tim Ream. Bolton will also have to rely on a plethora of youthful talent, including 19 year old Arsenal loanee Benik Afobe who has impressed in Pre Season, and 21 year old Marvin Sordell who previously made an impact with Watford in this division. Bolton will be situated in unfamiliar surroundings this season, but they are more than capable of tackling the strenuous exercise that is the Npower Championship. Prediction 1st

Brighton and Hove Albion
The Seagulls had a comfortable return to the Npower Championship, after they finished 10th in their first season back in the second tier of English football for five years. Gus Poyet guided the side through an inconsistent campaign, as Brighton managed to reach the heights of the play-offs only to find themselves diminish down the League table and finish in 10th place, after a three game losing streak towards the end of last season. Yet again Brighton will be hoping for a stable campaign under Gus Poyet, who has made a number of important signings over the summer. The Uruguayan has strengthened in his weakest areas including goalkeeper and left-back, as the experienced Premier League duo of Tomasz Kuszczak and Wayne Bridge enter Poyet’s revolution. Many teams will be fighting it out for promotion this season, and Brighton could be one of them, great things are expected of this side in the next couple of years; however despite bringing in eye-catching signings I can’t see the Seagulls challenging for the play-offs just yet. Prediction 13th