So a new season is almost upon us. Players have had their vacations (Dutch ones seem to start at the beginning of the Euros), teams have finished their tours of various countries and hopefully injuries have healed and players are 100%.

Players are not the only people who need rest in an off-season.  I have not been frequently updated this blog as I have opted to enjoy my summer.  With a vacation and a move to a new place over with I am now ready for a new season and the drama that will no doubt unfold.  And what about that drama?  Just who will win the EPL?  Who will be relegated?  Where will Robin Van Persie end up?  And will anyone actually understand FIFA Fair Play?

I cannot answer any of these or other questions, but I can sure make predictions about what I think will happen this season.  I mean every writer does. 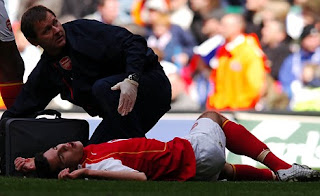 I cannot say whether it will be in this transfer window or in January but it will happen.  I can say that it should happen sooner rather than later.  Last year RVP was the best playing in the Premier League, arguably the world.  He scored more goals than ever, and just showed how strong he can be if healthy for a whole season.  If being the magic word.  Last year was the first season where Van Persie was healthy and thus Arsenal need to cash in now.  Sure they want a big asking price and it should be high if he will be heading north to Manchester, and not that incredibly high if he ends up in Italy, but he is almost 30 and has a reputation for being as fragile as a drop of rain but if Arsenal wait until January it could be too late.  He could have a groin, Achilles or back problem and who is going to want him then?  And then next summer he will be gone. Fair enough that Arsenal want to show him that they still want to compete and vie for trophies.  But overvaluing your assets did not work on Wall Street and does not work in football as well.  Arsenal will not get as much as they really want for him, but getting over 20 million pounds for a striker nearing 30 who has a history of injuries is a pretty good deal. 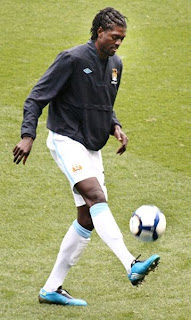 Man City have two types of players.  First off they have the players that they recklessly signed upon becoming the richest club in football such as Emmanuel Adebayor and Roque Santa Cruz.  Players who they overpaid for and now won’t sell unless they recoup a sizable portion of those transfer fees.  Then they have players such as Adam Johnson and Micah Richards.  Players who could be in the starting XI of any side in England but City will not sell, unless of course for a ridiculous price.  Both pose a huge problem for the Blue Side of Manchester.  Emmanuel Adebayor wants to leave, he seemingly wants to play for Spurs.  And while he has an incredible wage bill, it would be hard to believe that Spurs would have a problem if they could get him at a cut rate price.  But there in lies the problem, City paid around 25 million to Arsenal for Adebayor and will be lucky to even get 10 for a player with a history of being a pain wherever he plays.  Having a sizable wage bill on their books cannot be good for City when (if) FIFA Fair Play comes into action. 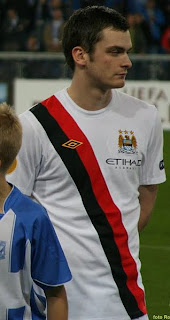 Now onto the players that City just won’t sell.  Adam Johnson at one point was (or seemed to be) the apple of Fabio Capello’s eye.  And Micah Richards also seemed to be playing his way into a spot in the England back four.  Last season those expectations plummeted, and could even be worse this year.  These are players that City could get reasonable transfer fees for, but seemed determined not to sell to Premier League clubs, yet are happy letting them sit on the bench and not play, like a jealous child who won’t share their toys.  Only with more greed in their eyes.  Adam Johnson would be a great fit at Liverpool for the new and improving Brendan Rogers, and why wouldn’t Micah Richards work at Fulham, QPR or Aston Villa?  Going back to FIFA Fair Play, if City are in need of money to avoid missing out on the Champions League, then they are going to have to sell assets like Johnson and Richards. 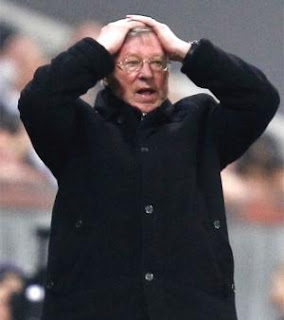 I am not really going out on a limb here, this one is easy.
Prediction #4 – The promoted clubs will succeed 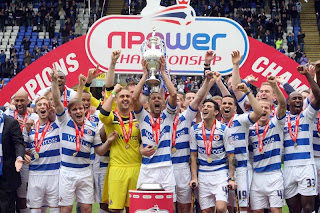 Over the last few season, teams coming up from the Championship are doing better and better.  Last year all three promoted teams got to stick around (barely), and Swansea and Norwich impressed so much that their managers left for bigger clubs.  Teams who get promoted just seem to adapt better to life in the Premier League.  Now whether that is an improvement in coaching tactics, being able to purchase quality players on a budget or just a lack of knowledge by the EPL clubs or just being strong enough to come back quickly (West Ham) clubs are not having Derby like seasons in recent years.  There are teams who are already in the EPL who are going to struggle this season whether it just due to not having the money to spend (Wigan) or who barely stayed up last season (QPR) and then those teams who upon losing their coach (Swansea, Norwich) could have a tough time finding that same magic as last year.

Prediction #5 – Liverpool will not see instant success this season 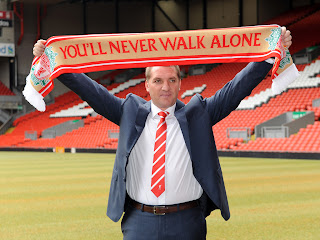 As a Liverpool fan I was delighted that they signed Brendan Rogers after the unfortunate sacking of Kenny Dalglish.  I thought he was the best and brightest man for the job, and I feel that he can lead Liverpool back to being a powerhouse in the Premier League.  However in this day in age where everything is expected to be done now, I want my fellow Reds’ fans to realize that while instant success is great, it is probably not going to happen.  Rodgers has lots of things that he needs to work out this season, first of which is which players to bring in, and which to let go of.  What is he to do with an aging Steven Gerrard, Jamie Carragher and Pepe Reina?  How is he going to handle the future of three Anfield legends?  Where (if at all) will Andy Carroll play this season?  Is he done with signings before the end of the transfer window?  All important questions before moving forward.  There is also the issue of managing expectations.  What will constitute success?  What are the short and long term expectations of the club?  What do Liverpool fans want in terms of success?  I think this season if Rodgers has the team in the top 6 and challenging for a Champions League place until the end, then I will be happy.  In terms of success, for me personally it begins and ends with a Premier League title.  Liverpool has never won the Premier League since its creation.  We have been without league title since 1990.  For a club of this stature, that is far too long.  I am prepared to wait for this to happen as long as I can see positive building blocks laid along the way.  The Reds do not have the outrageous budget that Manchester City have, but they are not as pound pinched as Wigan, so they will be able to compete for top quality players.  Rodgers’ ability to develop and sign players was evident at Swansea and he has an advantage at Liverpool as the club as a higher status and richer history than most in the UK.  Just remember, Manchester City did not win a title instantly, it took a couple of years.