Our goalkeeping special week concludes with a feature of Fulham’s Australian shot stopper Mark Schwarzer. After gavh profiled Premiership star Brad Friedel, our special will look at another veteran goalkeeper who has spent the majority of his career in the Premier League.

Mark Schwarzer started his goalkeeping career in his home town of Australia playing for the Marconi Stallions before transferring to German club Dynamo Dresden.
His time at Dresden caught the eye of fellow German club Kaiserslautern in whom he made a switch to. After spending a year at the club, Schwarzer marked his first step in English football by moving to Bradford City. One year and thirteen appearances later, the Australian International found himself on the books of Premier League side Middlesbrough. It was at Middlesbrough that Schwarzer established himself as one of the league’s top goalkeepers. Schwarzer made his Middlesbrough debut back in 1997 in a League Cup semi final against Stockport County. Since then he quickly established himself as the Riverside club’s number one and went on to appear 445 for the club before their relegation sparked his transfer to Fulham.
At the Riverside, Schwarzer had a successful career both with the team and individually. His individual honour was mainly his consistent performances earning him the title of a ‘fan favourite’. Whereas with the team, the Oz won the Carling Cup with Middlesbrough and became runner up twice, before he was part of the squad that had a fantastic run in the UEFA Cup, only to lose in the final in 2006. However, this was the last success Schwarzer tasted with Middlesbrough as they were relegated from the Premier League at the end of the 2008/2009 season. Schwarzer has enjoyed a good start to his Fulham career.

Schwarzer ended his 11-year relationship with Middlesbrough as he agreed a contract taking him to the Craven Cottage  in 2008. Schwarzer was held in such high regard, European giants Bayern Munich and Juventus had reported an interest, however a potential lack of starts for the two clubs made Schwarzer choose Fulham instead.
The Australian played a massive role in Fulham’s brilliant finish in the Premier League season, as coupled with his spectacular shot stopping and contribution in big matches including games against Chelsea and Manchester United, Fulham finished 7th earning them a European spot.
In the 2009/2010 season, Schwarzer currently has nine clean sheets to his name pitting him joint fifth in the clean sheets list.

With his club form impressive, Schwarzer has been a vital part of the Australian International team. His performances have been brilliant as they have guided the Oz to prestigious tournaments, including the forthcoming World Cup in South Africa.
Having started his International career in 1993, Schwarzer has so far amassed 73 caps for his country. Schwarzer currently has 73 caps to his name. 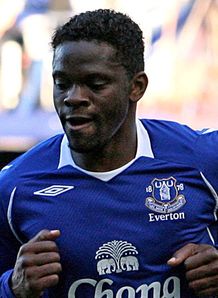 Premiership Player Profile – Brad Friedel
Sunshine or Shadow? Nani……it’s up to you