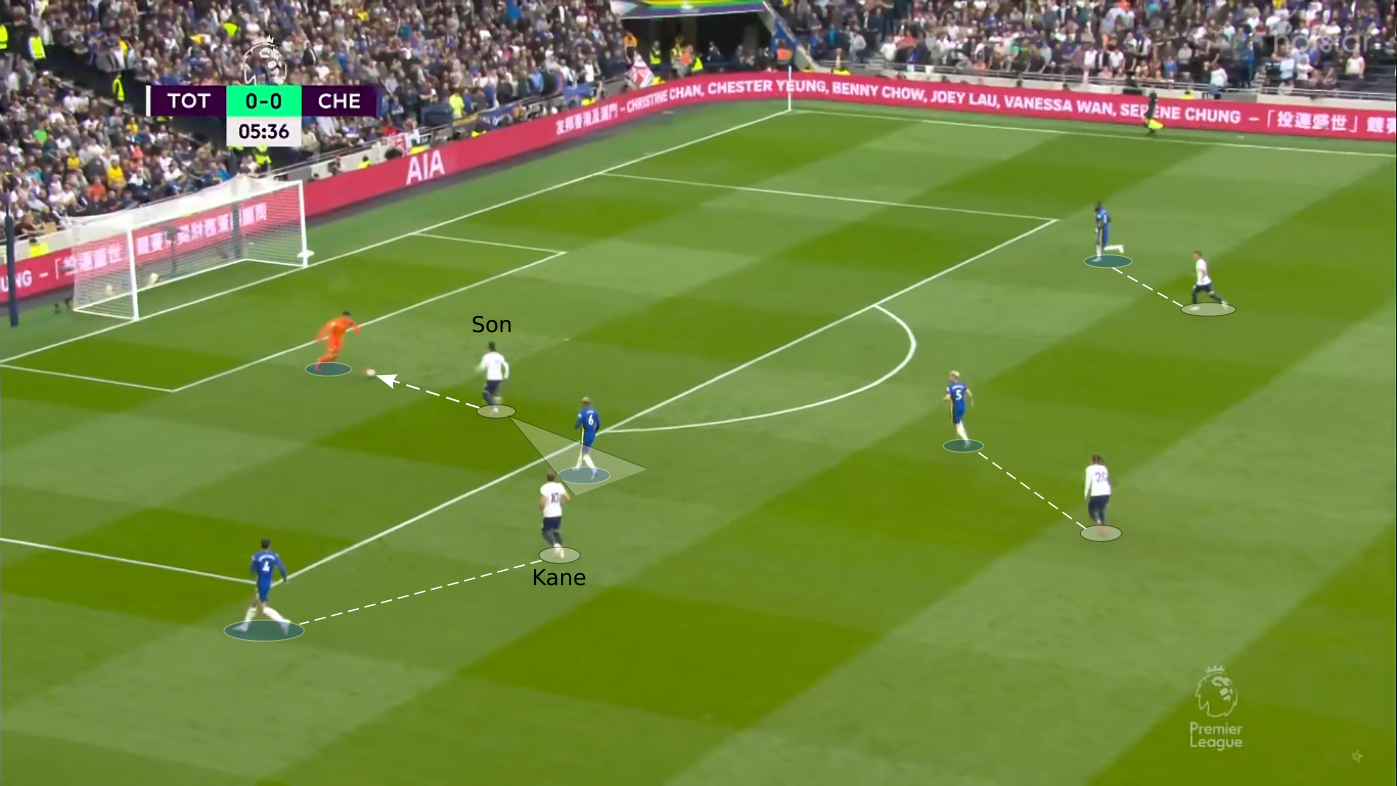 The 2021/22 Premier League season has started to shape up now, with the second seriously-contended London derby of the campaign concluding Matchday 5.

Chelsea had only faltered once so far in a 1-1 draw against Liverpool where they spent the majority of the match with a numerical disadvantage, while Tottenham Hotspur had enjoyed a perfect start in the first three weeks until Crystal Palace derailed everything.

With the likes of Liverpool and the two Manchester clubs looking poised to mount serious title challenges, any other contenders would have to keep step with them.

Chelsea’s sheer quality easily places them in that bracket, but Tottenham will undoubtedly have to prove their title credentials – if any – on the pitch.

A direct clash against one of the top sides in a London derby was about as good an opportunity they would get for that.

There was some excellent pre-match news for them as star forward Heung-min Son returned from injury, while Chelsea were missing first-choice keeper Edouard Mendy and N’Golo Kanté could only make the bench.

In recent history, Tottenham’s approach to such big matches has been characterised by compact defensive blocks with an emphasis on counter-attacking, both under José Mourinho and during the interim tenure of Ryan Mason.

Nuno Espirito Santo looked set to be continuing that as he found success in his debut match against Manchester City by containing the defending champions in a narrow 4-3-3 block and causing lots of problems in transition.

Therefore, Thomas Tuchel must have been a little bit surprised when he would have seen this as Chelsea circulated possession around their defence for the first time.

The home side pressed Chelsea really high up the pitch and with good intensity, using their front three to take the Blues’ three centre-backs out of the equation, while the wide midfielders marked the double pivot and the full-backs latched onto the wing-backs.

Interestingly, Harry Kane was on the left while Son took up a central position, most likely because the South Korean international brought greater intensity while pressing and could cause Kepa Arrizabalaga much greater problems while closing him down, as a back-pass seemed to be the trigger for Spurs’ press.

Son’s central position might also have been part of a ploy to use his incredible speed to target Thiago Silva’s relative lack of pace by playing balls in behind him, but it was most likely a combination of both.

The involvement of Cristian Romero was also crucial for Spurs’ press because his front-foot defending helped prevent multiple transition attacks by Chelsea.

Front-foot defending essentially refers to the action of getting in front of one’s opponent to cut out line-breaking passes as opposed to dropping off and facing them one-on-one.

This is, of course, a high-risk manoeuvre as one missed interception can easily prove fatal, but Romero was faultless in this regard on the night.

Tuchel’s solution was to switch to a 3-5-2 towards the end of the first half by dropping Mason Mount into midfield with Jorginho at the heart of it.

This matched Spurs’ three-man midfield numerically, preventing them from committing too many midfielders to the high press for fear of being sliced through with the help of Chelsea’s extra midfielder, and that proved to be a pivotal change.

Surprisingly, even though Tottenham would have been pleased with their press for the first half-hour of the match and undoubtedly caused many problems in Chelsea’s ranks, the Blues never gave possession away in their defensive third at any point in the game.

This brilliantly encapsulates their superb quality – even when they find themselves on the ropes, they never give in.

In the end, Tottenham fell comfortably short to Chelsea after they conceded a set-piece goal and were victims of an unfortunate deflection.

That demoralisation, coupled with the fatigue that inevitably started to set in as the match wore on really derailed all of their intent, and the visitors moved into their typical cruise control with yet another two-goal lead, once again adding a third late on in the match.

The good news for Spurs is that they will not have to face a side as good as Chelsea every week, so there certainly are positives to take from this match because they could go toe-to-toe with the Blues for a prolonged period here.

That should indicate that although they most likely will not be able to compete for the title till the end of the season, they should be able to establish themselves as the best of the rest for now.

The last few years have been kind to the top teams in England that have instilled such high pressing as one of the fundamentals of their playing style – most notably Manchester City and Liverpool – but Spurs have not been a part of that group.

Whether this match marks the start of a fresh, positive defensive approach for Tottenham or was just a one-off, only time can tell.