Aston Villa have today confirmed the signing of young Tottenham Hotspur defender Kyle Walker on a loan deal that will keep the player at Villa Park until the end of the season. As first choice right-back Luke Young continues to be plagued by a mystery injury problem, Houllier has acted quickly to bring in a replacement as he looks for solutions to the side’s defensive frailties that has seen the team concede ten goals in their last four league games, with Villa’s last clean sheet coming in the dour derby draw against Birmingham way back in October.

Walker was signed by Spurs from Sheffield United in July 2009 for undisclosed fee, believed to be as high as £5 million, but was loaned straight to the Championship club where he impressed last season with a stream of steady performances. Already capped by England at both under-19 and under-21 level, Walker has spent much of this season on loan at trailblazing Queens Park Rangers, where his performances have again resulted in much acclaim.

Kyle Walker has found opportunities at White Hart Lane limited, and is looking
to prove he has what it takes to succeed in the Premier League


Though Walker has only appeared twice for Tottenham in-between his loan spells in the second tier, the young defender firmly believes he has the quality to succeed in the Premier League, and is quoted by the BBC as saying; ‘I’m excited about being here and proving that I’m good enough to play in the Premier League. That’s why Tottenham bought me and that’s what I’m keen to show here at Villa’.

The move however spells bad news for 22-year-old American defender Eric Lichaj, who fresh from signing a new long term deal back in August, now finds himself as arguably Houllier’s fourth choice right-back, behind Young, Walker, and Carlos Cuellar. Lichaj had impressed against Tottenham Hostpur and West Bromwich Albion in recent weeks, but is no doubt paying the price for an abject display against Manchester City which saw the young defender concede a penalty, and be fortunate not to receive a red card.

The signing represents better news for Cuellar however. An £8 million signing from Glasgow Rangers back in August of 2008, Cuellar has been forced to spend much of his Villa career out of position filling in at full-back, or sitting on the bench as others have been picked ahead of him. To Cuellar’s credit he has never let his obvious frustrations at this spill over into unprofessional behaviour, and with the relationship between Houllier and Richard Dunne still believed to be at something of an impasse, Cuellar should now be well placed to benefit from a run of games in his natural position. 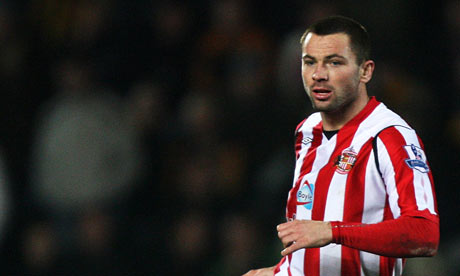 
Though Walker is not the marque signing many Villa fans would have been hoping for, his addition does represent the sensible and restrained approach to transfer dealings that we had been warned by the board to expect. For me the move has something of a familiar feel to it, putting me in mind of Wednesday night’s Ghost at the Feast Phil Bardsley, who spent half a season on loan at Villa under Martin O’Neill back in 2007, when the right-back area was the team’s biggest shortcoming. Bardsley was steady yet unspectacular during his time in the claret and blue, though thanks to his late winner on his return to Villa Park he will now be remembered for a different reason.

Whether or not Walker is of superior quality to Bardsley, and whether or not he can improve Villa’s leaky defence, we don’t yet know, but with the prospect of the youngster facing his old club Sheffield United in Saturday’s third round FA Cup tie seeming likely, we may not have to wait long to find out.