Beattie not the man for Sunderland

Reports in the North East media have distanced James Beattie away from a move to Sunderland. Sheffield United’s leading scorer last season had been linked with a Â£5m move to the Stadium of Light as Roy Keane searches for cover for Kenwyne Jones. 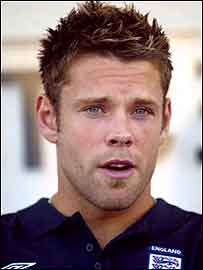 But today Blades manager Kevin Blackwell confirmed that he has recieved no interest or offers for any of his squad, and Sunderland sources suggest that Keane has cooled his interest in former England striker Beattie.