UEFA have finally put plans in place to encourage clubs to curb their spending. Michel Platini has decided that enough is enough and wants clubs to “live within their means” which, I think most will agree, is a good thing.

So what exactly is the plan of action? Well for a start the strategy council (which consists of some of Europe’s richest clubs) has agreed on a deadline of 2012 for clubs to balance their books. Something that may well be much easier said than done when you consider that at the end of 2007/08 Real Madrid recorded debts of £500m, and that’s before you take into consideration their shopping spree this summer, which has seen Kaka, Cristiano Ronaldo and Karim Benzema all arrive at the Bernabeu for a combined fee of around £170m. Real Madrid aren’t the only offenders though, with Manchester United reporting losses of upto £21m last year, taking their total of debt to around the £575m mark. 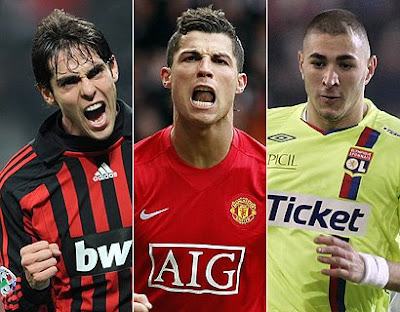 Clubs may well just adhere to this warning too, as Platini has promised radical action if this deadline isn’t met. Punishment could be as severe as expulsion from the Champions League, a huge money spinner for teams involved in it.

Another proposal that the council have agreed on is that as well as breaking even, clubs are only allowed to spend football related income, such as merchandise sales, turnstile earnings and television deals. As a Rochdale fan this wouldn’t have bothered me until about three years ago, as League Two never really had any clear favourites and any from a number of clubs could win the league. However in recent seasons this has changed, with teams like Peterborough and more spectacularly Notts County receving massive income boosts from rich owners. The goings on at Meadow Lane can’t have escaped the attention of any football fan, and for Sven Goran Eriksson, Sol Campbell and Kasper Schmeichel to drop to the fourth tier of British football for “the challenge” just doesn’t cut it with me, I’m sorry. For a player to move from Milan to Madrid is understandable as they are moving from one great club to another, with maybe a bit of a payrise, but from the Premiership or international management to Notts County, there’s only one motive there in my eyes. It’s for this reason that I think these cost cuttings measures can only be good for the game. Clubs like Chelsea, Real Madrid and Man Utd etc will still earn more money than clubs such as Wigan, Blackburn and similar clubs as they have a larger attendance, and more fans around the world who will put money into the club. However these measures will ensure that there is a smaller gulf between such teams, which I think every football fan will agree can only be a good thing?

I’m not saying this will create a level playing field in football, because that’d be near on impossible to do, but it’s definitely a step in the right direction.