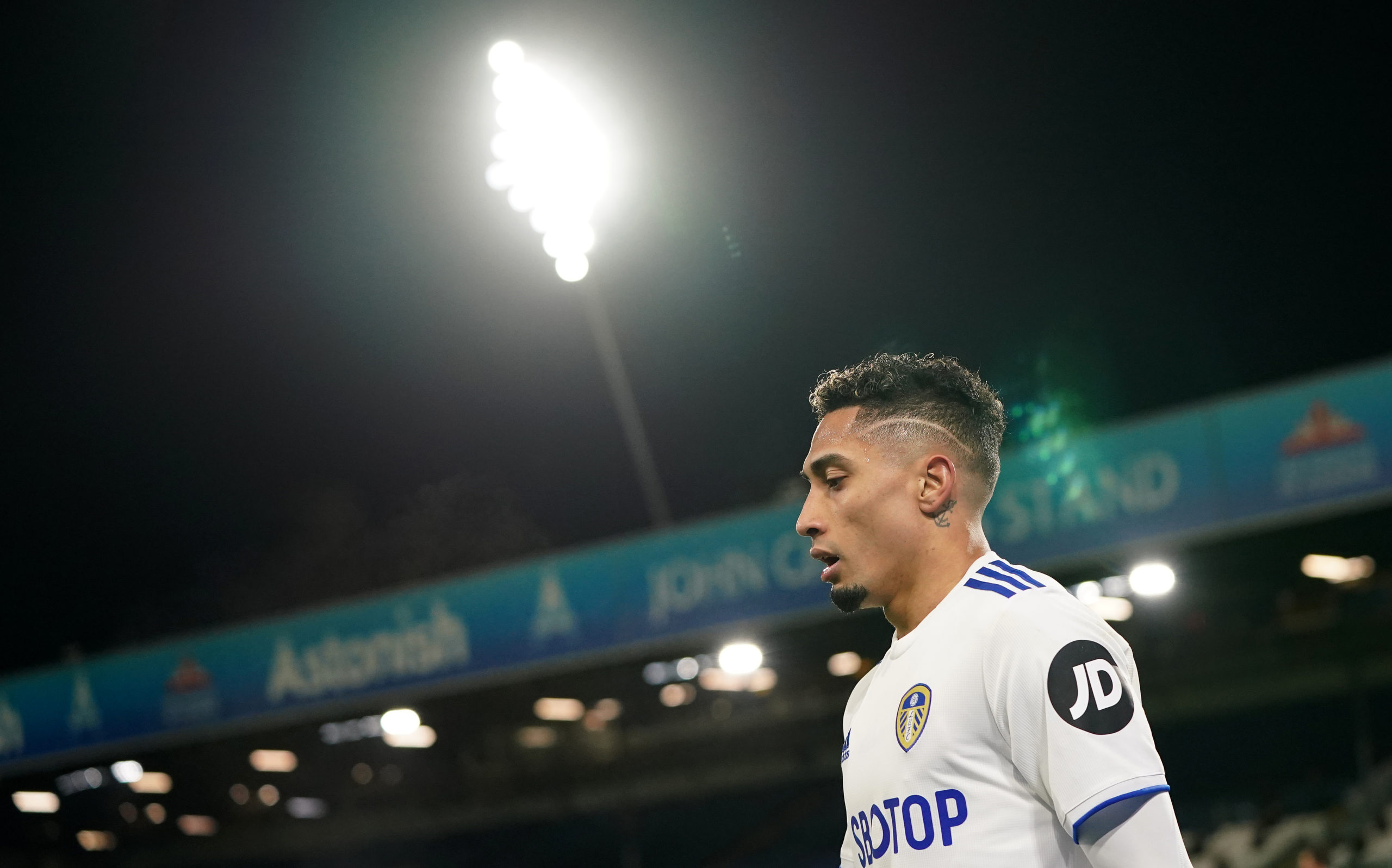 Liverpool are reportedly interested to procure the signature of Leeds United winger Raphinha this summer.

According to France Football via Daily Mail, the 24-year-old is on top of the Reds’ shortlist for the summer after his impressive performances in the Premier League this season.

Jurgen Klopp’s side are said to be interested in bringing reinforcements in attack to complement their formidable trio of Mohamed Salah, Roberto Firmino, and Sadio Mane.

Newly-promoted Leeds United signed him in the summer for around £17 million, and he has been impressive for the Whites since landing in West Yorkshire.

The 24-year-old has racked up 17 Premier League appearances this season so far, smashing four goals and creating four assists in the process.

Rafinha spent his youth career at Brazilian side Avai and later moved to Victoria Guimaraes in the winter window of 2016.

The Brazilian footballer’s performances for the Conquerors landed him a move to Sporting CP in 2018, where he racked 41 appearances in all competitions, scoring nine goals.

However, he didn’t stay long at Sporting and left in 2019 to join Rennes where he earned eight goals and created seven assists in 36 total appearances.