Scottish pride: When Heart of Midlothian went to war 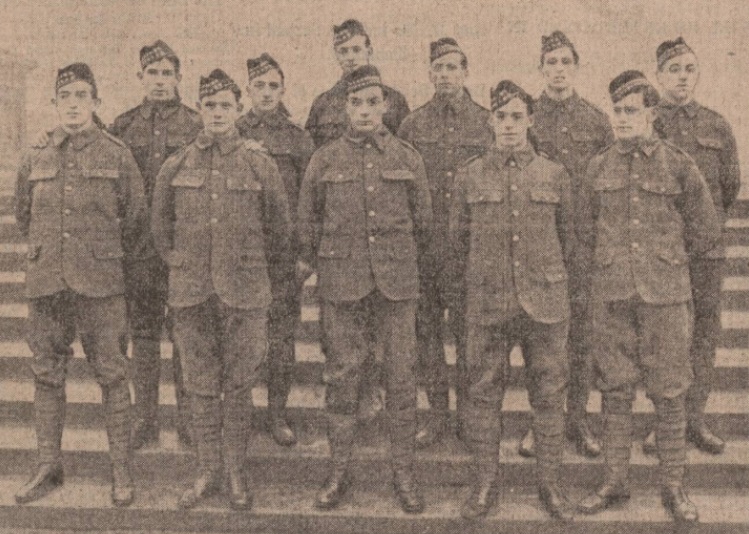 When Britain declared war on Germany in 1914 at the onset of World War 1, the then British Secretary for War Lord Herbert Kitchener gave a rallying cry.

Lord Kitchener urged all able bodied men between the ages of 19 and 30 to help Great Britain fight the war against Germany and the Austro-Hungarian Empire.

By then, footballers in Britain had been professionals for close to two decades as the Football Association (FA) had legalised their employment in 1885.

Most players were tied to their clubs on one-year contracts. The only way they could lend their hands to Britain’s war effort was if their clubs terminated their contracts.

British youth and men alike enrolled into the army en masse. More than half a million had joined the troops after Lord Kitchener raised the maximum age from 30 to 35.

“The young men who play football and those who look on have better work to do,” wrote the London Evening News. “They are summoned to leave their sport, and play their part in a greater game. That game is War, for life and death.”

Such was the need of manpower in the armed forces that calls for enrollment came from all quarters of British society.

A particularly invigorating call even came from the celebrated writer Arthur Conan Doyle, most popularly known as the creator of Sherlock Holmes.

“There was a time for everything, but there is only time for one thing now, and that thing is war.

“If the cricketer had a straight eye let him look along the barrel of a rifle. If a footballer had the strength of limb let them serve and march in the field of battle.”

In Scotland, Heart of Midlothian had made an unbelievable start to the new season.

Under manager William John McCartney, Hearts had won eight successive games at the beginning of the 1914-15 season and were leading the Scottish First Division. The eight-game run also saw a 2-0 defeat of heavyweights Celtic.

Following the outbreak of the war, the Scottish Parliament debated whether to continue with football considering the circumstances.

While footballers were shedding blood, sweat and tears on playing fields, soldiers were dying by the hundreds on the battlefront.

A motion was placed before the Scottish Football Association (SFA) directing the authorities to postpone the 1914-15 season.

Thomas Forsyth, then chairman of the now-defunct club Airdrieonians or Airdrie as it was commonly known, declared that “playing football while our men are fighting is repugnant”.

Although the motion did not come to fruition at the ballot box, with the SFA instead choosing to wait for the War Office’s advice, Hearts, however, had already made strides in the warfront.

Two Hearts players had enlisted themselves into the army even before a ball was kicked in the season.

On 16 August 1914, the then Hearts director Harry Rawson, who had the additional charge of being the chairman of the Edinburgh Territorial Force Association, asked McCartney if the authorities could use the club’s influence in Edinburgh to recruit fresh troops.

Tynecastle, Hearts’ home ground, was used by the War Office representatives on matchdays to inspire and call upon youth to join the forces.

By August 20, the entire playing staff of Hearts was taking part in weekly drill sessions to prepare themselves for the eventuality of action at battlefronts.

By November 1914, each and every member of that Hearts squad had joined the British Army.

This was a watershed moment in the lives of British footballers as many drew inspiration from Hearts’ patriotic fervor to enlist themselves for military service.

Seven members of that brilliant Hearts squad never returned to Edinburgh. Duncan Currie, Harry Wattie and Ernie Ellis were killed on the first day of the Battle of Somme, one of the bloodiest battles in the history of human conflict.

Paddy Crossan, a 22-year-old defender, was hit by shrapnel on his leg and was labelled for amputation.

A German POW was supposed to perform the operation but Crossan pleaded with him and his legs were spared.

After returning to Britain for recovery, he went to battle again in the Sinai and Palestine Campaign. After the war, he played six more seasons for Hearts.

The Scottish First Division continued despite the raging battle in mainland Europe. Although several key members of the Hearts squad had enlisted in the forces, the Edinburgh side were impressive on the pitch still.

Between October 1914 and February 1915, the club went on an impressive 20-game unbeaten run.

However, military training coupled with several important first team players missing took its toll on the side and Hearts experienced a dip in form during the most crucial part of the season.

The Edinburgh Evening News offered sympathies to the battered and bloodied Hearts side with a stunning eulogy.

“Between them the two leading Glasgow clubs [Celtic and Rangers] have not sent a single prominent player to the Army.” it read.

“There is only one football champion in Scotland, and its colours are maroon and khaki.”

Bouncing back to the Premier League: Why Norwich City’s imminent promotion is more impressive than meets the eye
The Disruptors: Past incidents that galvanised the world of football