With only six day’s left until the transfer window closes, it looks highly likely that their will be transfer activity at the Stadium of Light.

Reports are saying that Ipswich Town could well raid Sunderland for at least four players. It has stated that Ipswich could well be making moves for Grant Leadbitter, Daryl Murphy, Nyron Nosworthy and Carlos Edwards. However it is proven that Carlos Edwards and Grant Leadbitter are already in talks with Keane and Ipswich. Daryl Murphy looked all but set to join Ipswich earlier this month; however no completed deal was made. Also for Nosworthy reports say that Sunderland offered the defender to Ipswich, so it looks likely that a deal will be completed for Nosworthy in due course.

There is also talk that at least three new signings will be made by Bruce before September 1st. Centre back John Mensah could well make a move to the Stadium of Light. It is reported that the Lyon defender could move to Sunderland for around the 6 million fee. Also there is rumours that Hull centre back Michael Turner will be coming to Sunderland. The Black Cats are hot on the trail to find new defenders, and if Sunderland could clinch a deal with Hull for Turner it could well turn about to be a great signing. Lastly The Sun claims that Sunderland could make a move for winger Ahmed Al-Muhammadi. The winger has played for his club ENPPI 120 times and scoring 73 goals. It could well be a good signing as Carlos Edwards and Grant Leadbitter look set to depart Sunderland in the next couple of days. 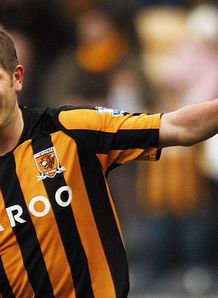