Tottenham 0 vs. Everton 0 (and the race for 7th place)

Tottenham played out a bore draw at Goodison park today, as both sides struggled to maintain any significant attack on goal.

Tim Howard broke a club record of 16 clean sheets in one season for Everton and always looked comfortable, with Spurs only managing to muster up 4 shots, with just two on target. Gareth Bale’s freekick was one of Tottenham’s rare chances however the ball was sent curling over the crossbar.

The game was played out in hideous weather conditions as rain covered Merseyside and this did nothing to add to the quality of the match as both sides lacked that bit of skill in the final third.

Injuries ravaged the Tottenham midfield with both Aaron Lennon and David Bentley suffering from aches and strains. Bentley later managed a place on the bench but Lennon missed out entirely. Palacios was also missing, so Tom Huddlestone came in to the starting X1 with Redknapp opting for a 5-3-2 system. The formation did nothing for Tottenham’s attacking capabilities but Redknapp will no doubt be delighted with a rare away clean sheet.

Everton played their strongest available squad though Phil Jagielka is out for the rest of the season. Joseph Yobo replaced him.

Steven Pienaar had a good game in midfield and threatened the Tottenham defence with some dangerous through balls on a number of occasions but Everton striker Jo failed to really test Heurelho Gomes- despite the Brazilian ‘keeper gifting the forward a chance in the second half. Gomes spilled Baines’ corner but he managed to gather the ball before Jo had a chance to score.

Tim Cahill had a good shot for Everton but the sides best chance came in the 68th minute when youngster Dan Gosling hit the post with a stinging shot from the edge of the area. Jermain Defoe managed a shot just seconds later but missed wide of the right-hand post. 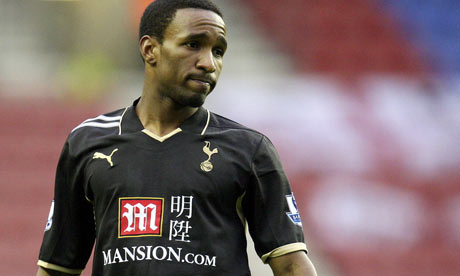 Everton will no doubt be content with a point as their FA Cup final with Chelsea rapidly approaches but the draw damages Tottenham’s Europa League hopes as they now fall 2 points behind city rivals Fulham. However Everton were probably the better side with Spurs failing to replicate some of their recent, electric form.

The Race for 7th Place.

WEST HAM don’t kick off until later, they play Liverpool in an evening kick off. The Hammers currently match Spurs on both points and goal difference and lie in 9th place. MANCHESTER CITY face their city rivals tomorrow whilst WIGAN saw their Europa League dreams dissapear; they suffered a dissapointing loss to bottom of the table West Brom, going down 3-1 to the Baggies. The result leaves Wigan in 11th place, joint on points with Stoke City, meaning qualification is now an impossibility. FULHAM lead the race for 7th place after humbling Aston Villa 3-1. Former Spur Danny Murphy put the Londoners in the lead after converting his spot kick before Ashley Young equalised. However 2 more goals saw Fulham claim the 3 points and saw the Cottagers become favourites for qualification. 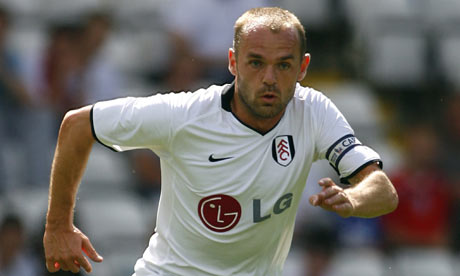 The race for 7th place table:

Wilson Palacios missed today’s game after the death of his brother was revealed. Just days after Jermain Defoe’s brother died, news emerged that the remains of Edwin Palacios had been found. Edwin was kidnapped from his parents house in October 2007 and has been missing ever since but news emerged this week that a body found in Honduras could be his. This was confirmed today, hence Palacios’ absence.