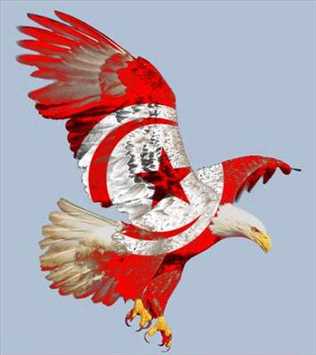 The 2012 African Cup of Nations will kick off on Saturday as co-hosts Equatorial Guinea face up to Libya in the opening game.  But for Tunisia, the fireworks are not set off until they play North African rivals Morocco in their opening group game on Monday.

Of the last five countries to have won the tournament, only Tunisia has qualified for this year’s edition of the cup.  Three-in-a-row winners Egypt failed to qualify along with African heavyweights Cameroon, Nigeria, South Africa and Algeria.

Tunisia was the last team to win the African Cup before Egypt’s dominance, but the team has struggled for consistency recently, only just scraping through behind surprise package Botswana in the qualifying group and being outclassed by Ivory Coast in a recent friendly.

However the Tunisians can look to gain confidence from the lack of the major players at the games and their relatively recent Cup of Nations triumph in 2004, where they defeated Morocco 2-1 in the final in front of their home support.  The Carthage Eagles will be looking for a repeat performance when they open up against Group C rivals Morocco.  Many see the Ivory Coast, Ghana and Senegal as the teams capable of going all the way, but Tunisia have been regalvanised.

Blend of Tunisian and foreign stars

African journalist Gary Al-Smith believes the acquisition of manager Sami Trabelsi has gave the Tunisians a big confidence boost at the right time.  He said: “They have a very good blend of local and foreign based players. Their biggest asset, I think, is their cohesion.  Sami Trabelsi, once captain of Tunisia, was hired midway through the campaign and his presence has galvanised the team and has imbued some self-belief.  When he took over, though quite inexperienced, he steered Tunisia to qualification as they won the rest of their games and conceded no goals.”

Trabelsi’s influence is a rather poignant one for Tunisia’s supporters.  The 43-year-old, who previously coached Tunisia’s Olympic team and played at the 1998 World Cup, led them to success in the African Nations Championship in Sudan last February.

The combination of players that Al-Smith mentions is evident in the 23-man squad picked by Trabelsi for the tournament.  There are a total of six players called up from Tunisian club Espérance, the 2011 African Champions League winners.  Oussama Daragi, who was named the best African-based player in 2011, was pivotal in a midfield role for Espérance and will look to replicate that form for his national side.  There is plenty of European-based players in the squad also, with three coming from the German Bundesliga (Haggui, Jemal and Allagui) and top leagues in France, Turkey and Switzerland.

It is worth noting that Tunisia are the current holders of the 2011 African Nations Championship (a competition whereby nations have to pick locally-based players only), thumping Angola 3-0 in the final.  Perhaps this is the reason why Trabelsi has picked such a blend of local and international players, as he has seen the performances of the players at those games and believed they were good enough to represent the top national team.

The Tunisian squad received a massive blow yesterday however when all-time leading scorer Issam Jemâa was rumoured to be ruled out of all three of Tunisia’s group games, missing the crucial Morocco tie and games against Gabon and Niger.  Scoring 26 goals in 54 caps, the Auxerre striker will be missed by The Carthage Eagles if it is true that the hamstring injury picked up in a recent friendly against Basque Country has ruled him out.  Sami Allagui, Saber Khelifa and Amine Chermiti will battle it out to replace him.

Many doubters have brushed off Tunisia’s chances at the AFCON12 by saying their tournament win in 2004 was a long time ago and under different circumstances.  They were the host nation and had a vociferous support behind them in the capital Tunis.  And with only two players who played in the final of 2004 selected for the 2012 competition, it is a different national team altogether.  Can the Tunisians prove their doubters wrong and bring the trophy back to North Africa? We shall see.

Win or bust for Tunisia
African Cup of Nations 2012: The Key to Tunisia’s Hopes – Their Top Players